On Saturday, 12 March 2022, the annual Francophonie Festival will kick off its 13th edition to celebrate the French language and explore the diversity and richness of Francophone cultures worldwide. 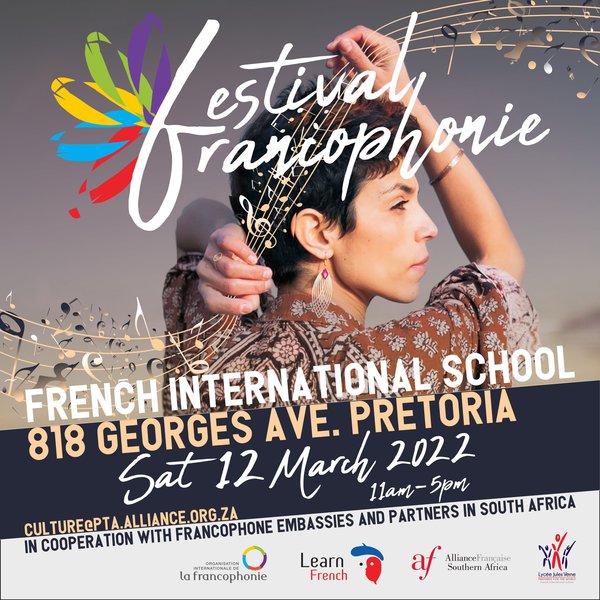 This year, over 20 Francophone and Francophile countries represented in South Africa will participate in the opening day with concerts, the finals of the French Spelling Bee “Epelle-moi Africa” and other fun activities.

The full Francophonie Festival will showcase a variety of cultural events from 12 to 31 March 2022 including movie screenings, concerts, and culinary activities.

Launched in 2009, this platform available to Francophone and Francophiles Embassies and Institutions in Pretoria for the promotion of Francophone cultural and French linguistic diversity.

Over the years, more than 24 countries have collaborated each year to present an array of experiences all rooted in the Francophone cultures – from Africa to the Americas to Asia to the Middle East.

Each year more than two thousand visitors, of all ages and all backgrounds, join us in celebrating the Francophonie.

Come join in for a day of Francophone culture on March 12th at French International School for the opening event from 11am to 5pm with opening speech, concerts, cultural booths, spelling contest, raffle over 16 different countries.

The festival will also be followed by themed events by country :