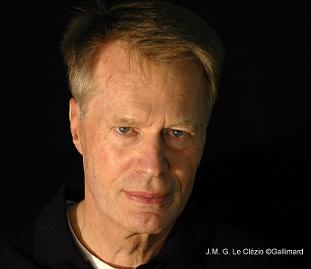 The 2008 Nobel Prize for Literature has been awarded to French writer Jean-Marie Gustave Le Clézio for his body of work inspired by the themes of travel, exile and nostalgia for primitive worlds. The third French Nobel Laureate chosen by the Swedish Academy in four days, J.M.G. Le Clézio, who lives on several continents, is one of the masters of contemporary literature in French and one of the most widely read and most widely translated authors in the world. His highly diverse work evokes different cultures, notably Latin America, Oceania and Africa.

The Academy explained that it wanted to reward an “author of new departures, poetic adventure and sensual ecstasy, an explorer of a humanity beyond and below the reigning civilisation”. This reserved and discreet writer of integrity and elegance, who makes a constant study of writing, is the author of some fifty books of great humanity (novels, essays, short stories, novellas and translations of Indian mythology) among them Désert [Desert], Le chercheur d’or [The Prospector], Le poisson d’or [Goldfish], La fièvre [Fever], Le déluge [The Flood]. Jean-Marie Gustave Le Clézio, who has just published Ritournelle de la faim [Same Old Story about Hunger], one of his most captivating books, was awarded, among others, the Prix Renaudot in 1963 for his book Le procès-verbal [The Interrogation]. He was just 23 at the time. The tone, style and content made a strong impression.

His early writing, taking up the themes of madness and language, showed an innovative and rebellious spirit. A second period emerged at the beginning of the 1980s, expressing more spiritual and humanistic concerns.

From the very start, J.M.G. Le Clézio made great demands of literature: “Writing is the perfect form of time,” he writes in one of his essays, L’Extase matérielle, published in 1967. In this treatise, he sums up his existential philosophy as follows: “The beauty of life, the energy of life are not spiritual, they are material.”

Aged 68, Le Clézio was born in Nice in 1940, to parents from an old Breton family which emigrated in the 18th century to Mauritius (in the Indian Ocean), then colonised by the British. His father worked as a doctor in Nigeria and the writer spent part of his childhood there. Le Clézio pursued his studies at the Institut d’Études Litteraires in Nice and then, after several years in London and Bristol, he became a teacher in the United States.

All of Jean-Marie Gustave Le Clézio’s books are nourished by the diversity of his origins and his extensive travels. He has been termed “the nomadic writer” and “an Indian in the city”, apposite given that this great lover of nature has created his own cosmopolitan world. “Writing is not just being at home and doing your own thing, it is also listening to the noise of the world,” he said at a press conference organised in Paris at the head office of his publisher Gallimard. “My message is very clear: it is necessary to go on reading novels in these times of world crisis because I believe that the novel is a very good method of questioning the real world.”

Book after book, Le Clézio has demonstrated that the human being is not linear, that he gains self knowledge as his life goes on and that he changes with different situations. For four years, from 1970 to 1974, he shared the life of the Emberas and Waunanas Indians in Panama, an experience of parting with possessions that had a great influence on his work. “This was an experience,” as he wrote in his fine essay on Amerindian ritual La Fête chantée, “which changed my whole life, my ideas about the world and about art, the way I relate to other people, the way I walk, eat, sleep, love, even the way I dream.”

In 1975, Le Clézio married his second wife, Jémia, from Southern Morocco. The father of two daughters, he lives in Albuquerque in the western United States, where he has taught literature for many years, but he also divides his time between Nice and his Breton house in the bay of Douarnenez.

The Nobel Prize is the crowning achievement of a body of work of great breadth of vision and style, with universal overtones. His writing is among the most demanding and inventive.

On 10 December, in Stockholm, J.M.G. Le Clézio will receive the sum of ten million Swedish kronor (1.02 million euros). “I am very moved, very touched, It’s a great honour for me,” he told Swedish public radio. He is the fourteenth French writer to receive this prize and now figures on the prestigious list that includes Albert Camus, François Mauriac, Henri Bergson and André Gide.

After the announcement of the award of the Nobel Prize to Jean-Marie Gustave Le Clézio, the President of the French Republic hailed him as a “citizen of the world, the son of all continents and cultures. (…) A great traveller, he embodies the influence of France, its culture and its values in a globalised world in which he holds the French language high.”

The French Minister of Foreign and European Affairs, Bernard Kouchner, was also eager to celebrate the event: “By honouring him, the Nobel Prize jury pays tribute to an author who, since “Le procès-verbal” has built up a collection of work with universal overtones. Through him, the most radiant humanist values are celebrated, the very ones that France promotes within the international community: rejection of injustice and of oppression, tolerance, respect for individual freedoms and for minority rights, the essential role of culture, the fulfilment of the individual… Today, through Jean-Marie Gustave Le Clézio and thanks to him, all contemporary French literature is honoured..”