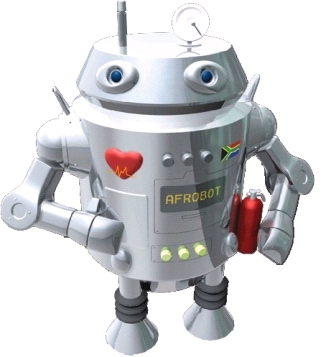 AFROBOT is a robotics tournament, launched in 2011 by the organisation "SciFest Africa", with the support of the Embassy of France in South Africa, modeled after "trophies of robotics" in France and "Eurobot" in Europe.

- 2010-2011 : The LJV robotics club participated in the 1st AFROBOT National Finals in Grahamstown.- 2011-2012 : The LJV assisted in the technical training of local science educators as well as in the organisation of regional meetings at SciBono.

The robots are designed without kits, from recycled materials. They are wire-guided - no radio, no computer programming.

The rules summarized : Two robots, face to face, each representing a species of dinosaur, must collect "dinosaur eggs" scattered on the playground and move them to safety in their raised nests. 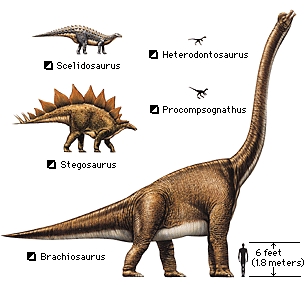 RISE TO THE CHALLENGE !

Are you between 8 and 18 years old and you want to attend the regional meeting ?Follow these steps :

1. Assemble a team of 2 to 3 people, coached by an adult2. Contact JM. Orione or M. Jolliot for technical advice3. Get the official rules of the tournament on the SciFest website here>> 4. Join the robotics community on the AFROBOT Facebook page here>>5. Sign up to the "afrobot-rsa" mailing list - in English - for technical assistance via email>>6. Build the robot and its control boxclick here for a technical slideshow>>7. Come and test it at the high school (techno room games platform)8. Enroll for the competition through SciBono’s Michael Ellis before 30 March 2012