On 3 June an agreement between the French Embassy, the French Development Agency (AFD) and SANParks was signed to mark the decision of French Global Environment Facility to approve a €984 000 (about R11,9 million) loan to support the Addo Elephant Park and innovative partnerships between SANParks, private owners, local communities, the development of the park’s marine area and to support the creation of small and medium enterprises employing members of local communities.

The French Global Environment Facility (FGEF) is a public fund created in 1994 by the French government to contribute to global environmental protection through projects for sustainable development. The French Development Agency (AFD) has been entrusted with the management and implementation of FGEF projects in South Africa.

This project builds on the long term partnership between SANParks and the French Global Environment Facility initiated in 1998 when FGEF granted €915 000 (about R6,5 million) to SANParks for the funding of the Cape Peninsula Conservation Project. 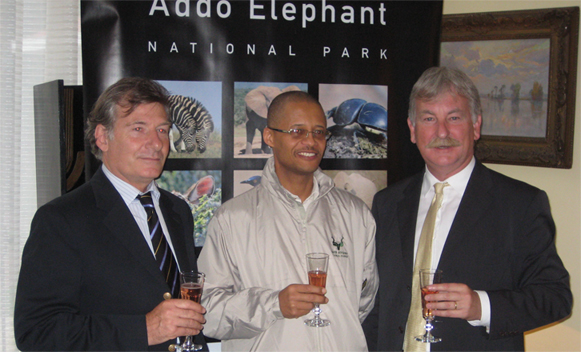