Our work in South Africa

1- Toward a sustainable and balanced urban and territorial development

South Africa’s largest cities have been tapping into AFD’s expertise in their effort to promote more carbon-efficient urban development and greater resilience to climate change. Through a technical cooperation agreement, AFD has facilitated peer-to-peer dialogue on climate resilience and adaptation between staff of the City of Paris and City of Johannesburg. In Cape Town, AFD has funded a study on risks assessment and adaptation solutions through the Cities and Climate Change in Africa programme, which aims at accelerating the implementation of infrastructure projects, while at the same time maximizing their climate co-benefits.

2- Speed up the energy transition

South Africa has shown great commitment to reducing carbon emissions by decreasing its dependence on coal and increasing energy generation from renewable sources by 2030. If these efforts are sustained, carbon emissions should stabilise between 2025 and 2030 and decline thereafter.

AFD is a long-term partner of ESKOM, South Africa’s national electricity provider, and has been instrumental in helping the country diversify its energy mix. In the Western Cape, AFD has co-financed the construction of a 100 MW wind farm, which represents ESKOM’s first foray into large scale wind energy. Going forward, AFD has recently issued a multi-tranche facility to finance ESKOM’s transmission development plan and ensure the integration of the renewable energy resources.

Through its green finance label Sunref, AFD has helped small and medium enterprises (SMEs) access finance through major South African banks to kick-start or scale up their efficiency and renewable energy projects.

SMEs also benefit from technical assistance in the form of knowledge transfers and expertise for energy use management through AFD’s partner the South African Energy Development Institute (SANEDI).

3- Creating opportunities for all and reducing social inequalities

AFD regards vocational training and access to decent employment, especially for previously disadvantaged youth, as key to unlock the economic potential of the country. Currently, more than half of young people aged 15-24 are unemployed in South Africa.

AFD works with government, universities public and private training institutions to improve access to employment by supporting higher education and vocational training programmes. AFD is currently exploring the possibility of providing student loans and student accommodation, which will contribute to increasing access to quality education for previously disadvantaged populations.

AFD also remains committed to improve access to housing for previously disadvantaged populations. To this end, AFD has developed key partnerships with private property developers such as the Affordable Housing Company (AFHCO) and state-owned financing institutions such as the National Housing Finance Corporation (NHFC) and the Gauteng Partnership Fund (GPF). 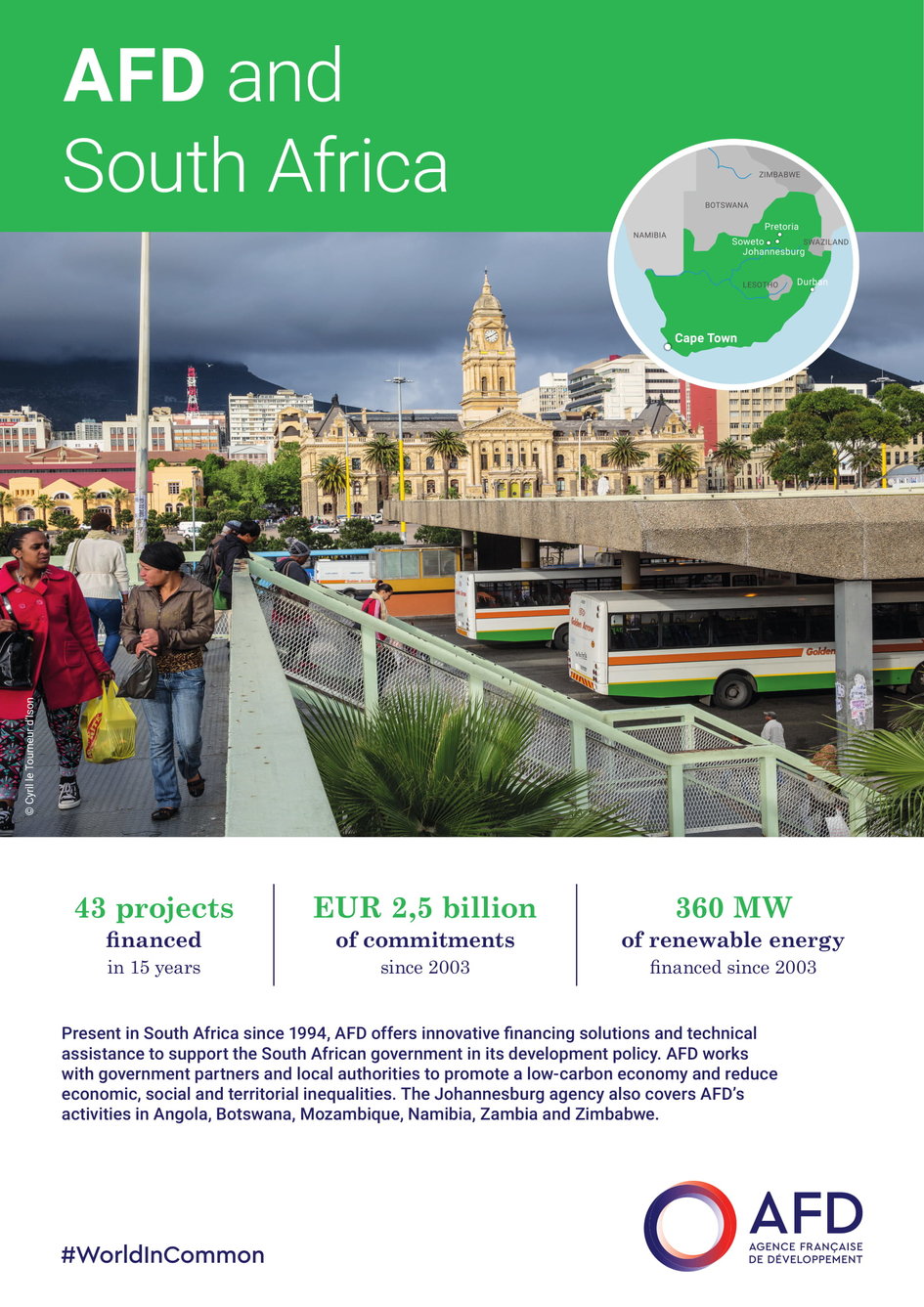 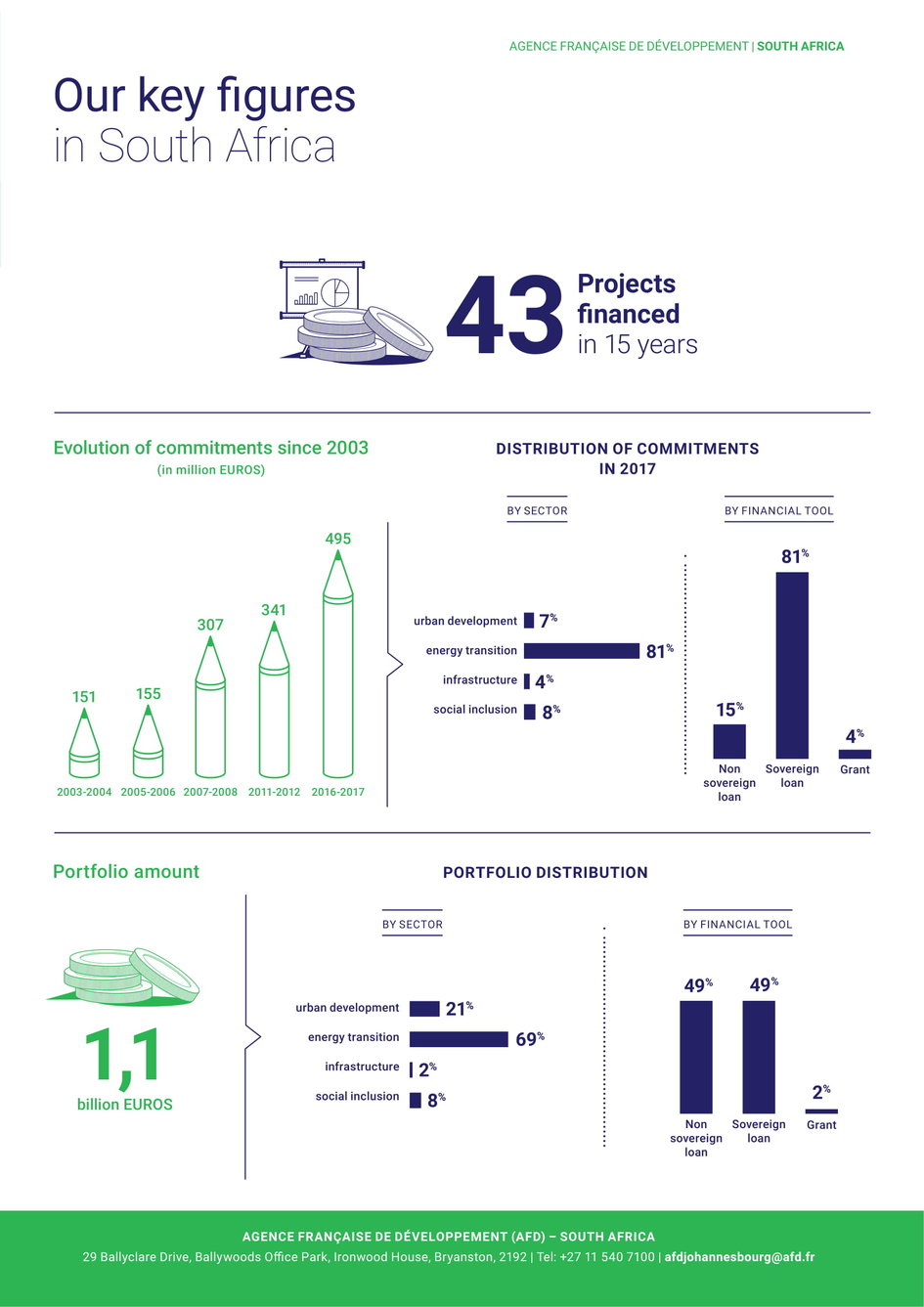