Ambassador of France to South Africa and Lesotho, H.E. Christophe Farnaud, visited Lesotho from 18-20 May 2017 in order to present his credentials to His Majesty King Letsie III. 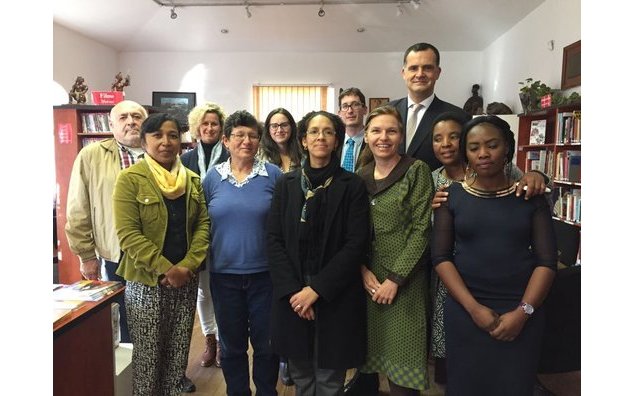 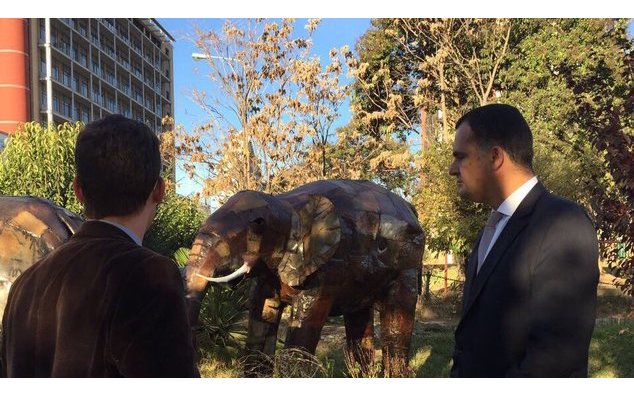 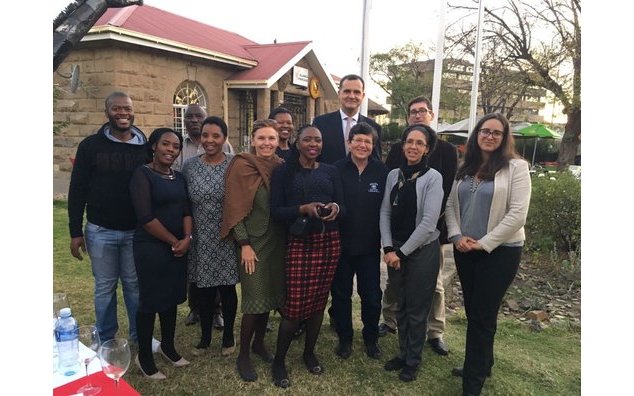 Ambassador Farnaud met with the Alliance’s team, including Mr. Rémi Beghin, director of the Alliance and French Honorary Consul in Lesotho, and also visited the exhibition ‘In the Jungle’, by Desire Chitongo, currently on at the Alliance (until August).

During his visit, Ambassador Farnaud also met with several of his counterparts from the European Union, the United Nations, South Africa, China and the United States.

On 19 May, Ambassador Farnaud met with Minister of Mining and acting Minister of Foreign Affairs Lebohang Frederick Thotanyana, to discuss bilateral and multilateral cooperation between France and Lesotho. 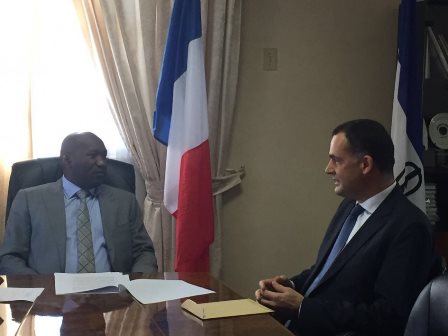 Ambassador Farnaud presented his credentials to His Majesty King Letsie III of Lesotho. 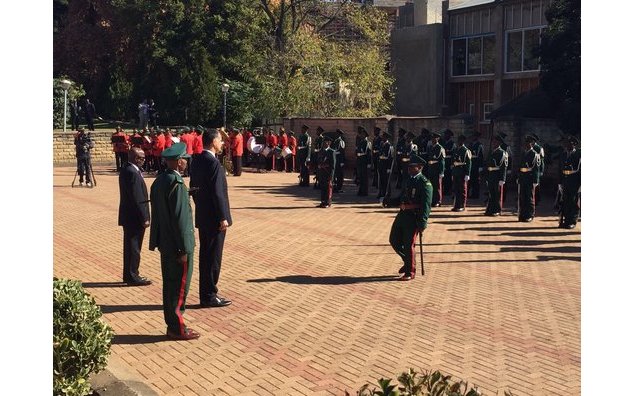 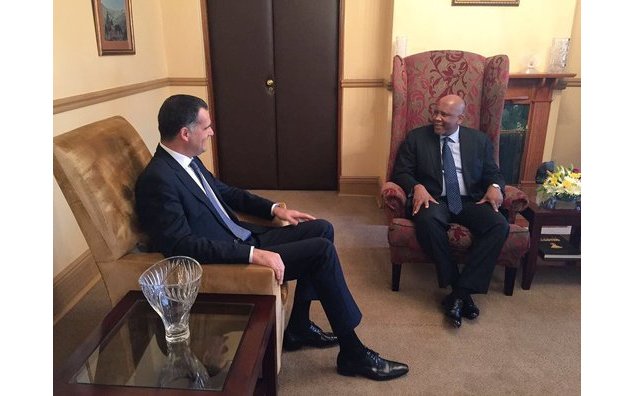 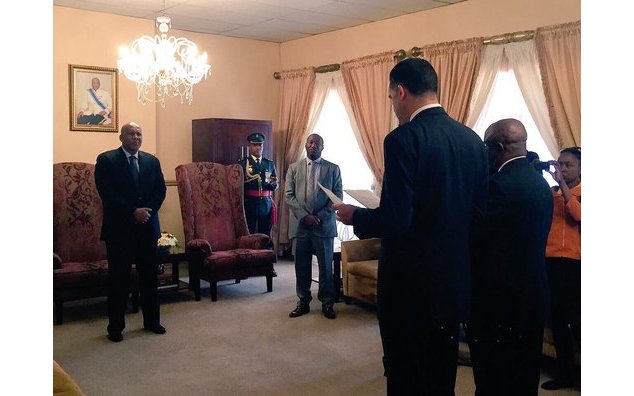 “I extend on behalf of the French President a message of friendship, respect, solidarity and peace to the Basotho people,” said Ambassador Farnaud.

His Majesty King Letsie III congratulated France on its recent Presidential elections and vowed to maintain and further strengthen the already strong bond between France and Lesotho.

Bilateral relations between the two countries date back from 1833, when King Moshoeshoe I summoned three missionaries from the Paris Evangelical Mission.

After presenting his credentials, Ambassador Farnaud reviewed the Lesotho troops and met Lesotho Prime Minister Dr. Pakalita Bethuel Mosisili to discuss cooperation between France and Lesotho. He also commended Lesotho for their ratification of the Paris Agreement at the beginning of the year. 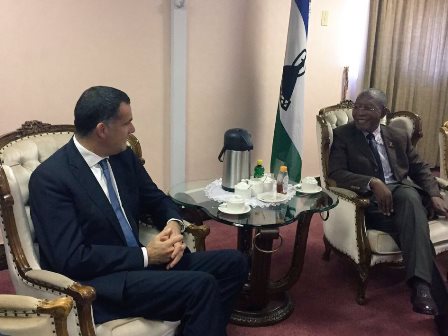 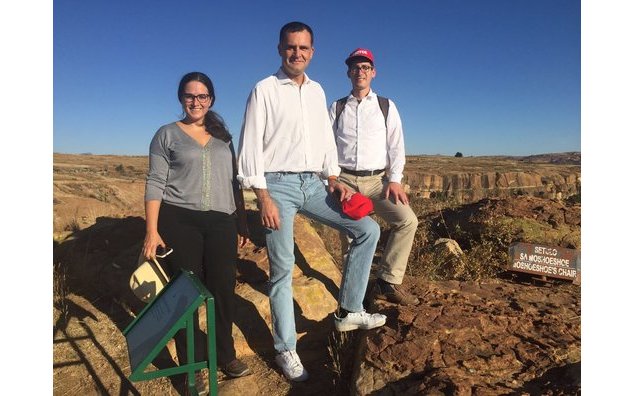 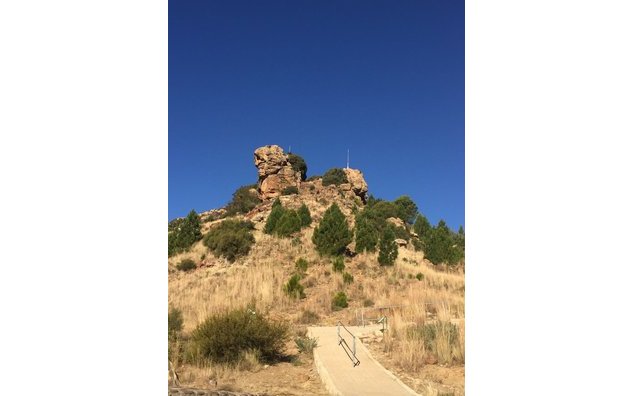 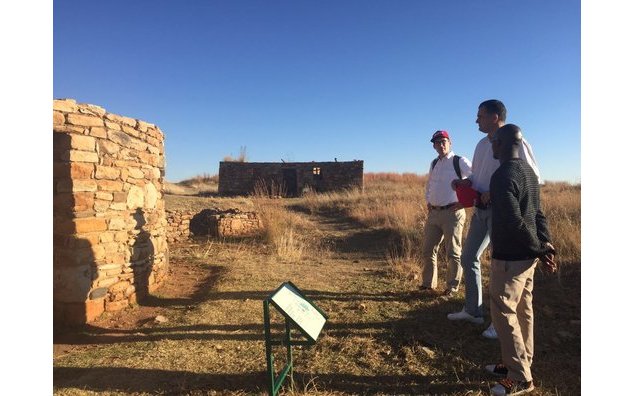 Before leaving on 20 May, Ambassador Farnaud and Rémi Beghin visited Morija, the town where the first French missionaries in 1833 based their activities. They visited the Morija Museum and the missionaries’ grave sites.