On Monday 12 June 2017, the Ambassador of France to South Africa, H.E. Mr Christophe Farnaud, hosted a reception in honour of Brigadier General Franck Reignier, Commander of the French Forces in the Southern Indian Ocean, in order to highlight the strong defence/military relationship between France and South Africa . 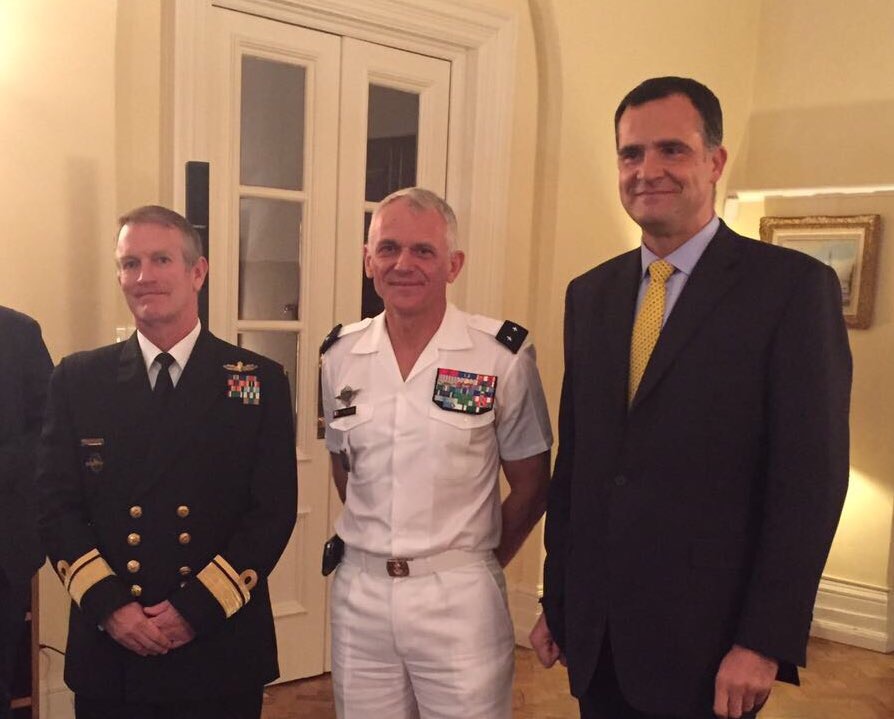 A key milestone of the constructive defence/military cooperation between France and South Africa, Exercice Oxide will be held for the first time in La Reunion in November 2017. This major bi-yearly bilateral exercise, started in 2008, is dedicated to optimise mutual knowledge and interoperability between our forces, with a view to operate jointly in a wide range of missions, including search and rescue, relief operations, anti-piracy and hostage release.

Commanding the French Forces in the Southern Indian Ocean since September 2014, Brigadier General Franck Reignier, a French Marine trained as a paratrooper, has extensive experience in Africa. In addition to participating in many operations on the continent, he has been, among others, posted as Defence Attaché in Madagascar and Chief of Staff of MONUSCO, the United Nations mission in the Democratic Republic of the Congo.