Mr. Félix-Paganon, born in 1951, graduated from the Political Sciences Institute and from the National 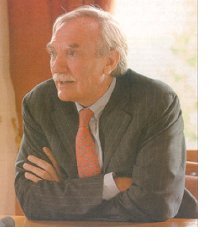 Institute for Oriental Languages and Civilisations (Arabic) in Paris.

He joined the Ministry of Foreign Affairs in 1979, first with the department for Northern Africa and Middle East. He was after sent to Amman (Jordan) as first secretary to the embassy. In 1983, he joined the French permanent delegation at the North Atlantic Council in Brussels (Belgium).

He returned to France in 1988 as assistant director for Middle East in the Foreign Affairs main office, before becoming the diplomatic adviser of the Minister of Defence.

He moved to New York in 1991 as political counsellor of the French permanent mission to the UN. In 1994, he was appointed director of the political department of the secretariat of the Western European Union (WEU).

In 1997, he was sent to Kuwait as plenipotentiary and extraordinary ambassador.

He returned to Paris in 1999 to take the post of head of the UN and International Organisations department at the Ministry of Foreign Affairs.

Mr. Félix-Paganon is a knight in the Order of the Legion of Honour and in the French National Order of Merit.