Home > The Calling of the ALBATROS at Simon’s Town

The Calling of the ALBATROS at Simon’s Town

The French Navy Ship ALBATROS is a former trawler bought by the French Navy in 1983. She is based in the Réunion Island and her principal mission is the EEZ surveillance of the French Southern overseas possession (Kerguelen, Crozet, Saint Paul and Amsterdam) as well as the support to the French administration in charge of these territories named " Administration des Terres Australes et Antartiques Françaises" or TAAF.

For the EEZ surveillance patrol station, more than 6 months a year, she embarked civilian personnel of the administration of the TAAF and since 2005, Australian government representatives (customs and fisheries administration) to comply with an intergovernmental agreement between the 2 countries. This agreement allows law enforcement in the alternate EEZ against any illegal fishing vessel as far as a representative of the government is present.

Thus, Australians embark on Albatros when she patrols in the French and Australian EEZ and French representatives also embark on Australian ships when they patrol. Since this agreement has been implemented in 2005, not any illegal fishing vessel where founded in the respective EEZ. Scientists have also concluded that the fish population inside the respective EEZ was increasing. 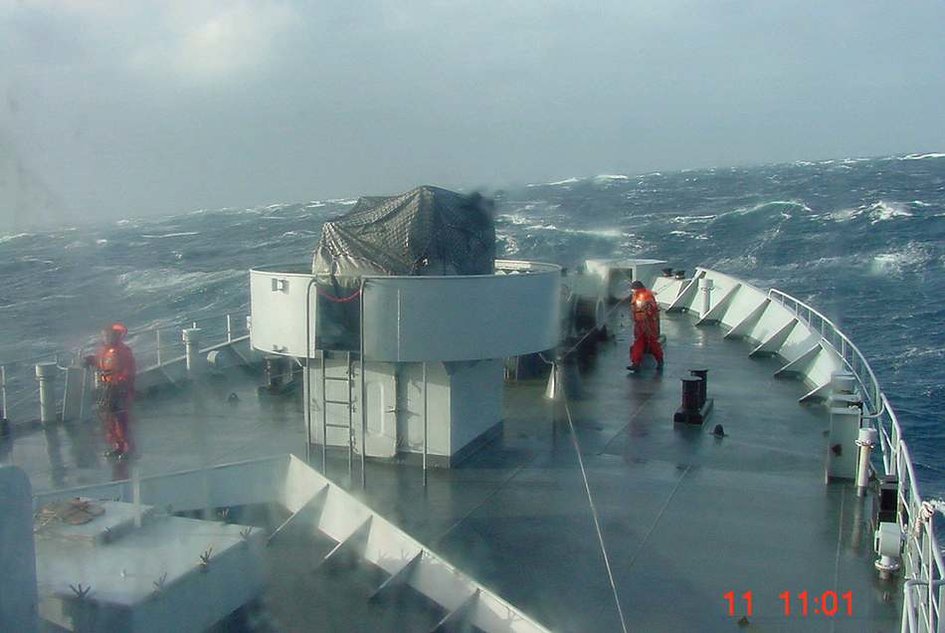 A similar agreement, without any law enforcement so far, is in the process of negotiation between France and South-Africa which are neighbours in this part of the Indian Ocean (Marion, Pirnce Edward and Crozet have contiguous maritime EEZ borders). This agreement is aimed at sharing the burden of the maritime surveillance in these distant areas. Everyone knows that illegal fishering in Africa is estimated at 1 billion $ a year and South Africa is not outside the scope. The sovereignty on our EEZ cannot be enforced by each nation in isolation, and only the sharing of the devoted maritime is the solution to be more present in these outside territories and fight against illegal activities.

Albatros is not a pure warship but she performed very well for more than 25 years of the surveillance mission which proves that a warship is not necessarily the adequate tool for such a mission. 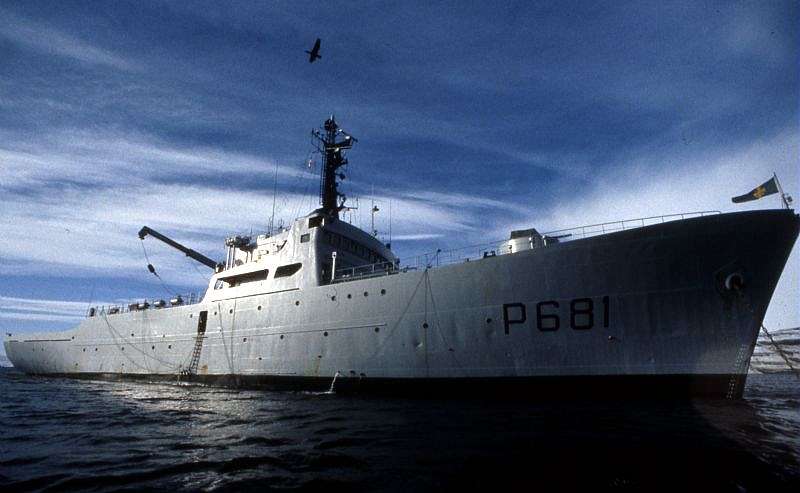 The Albatros is calling in Simon’s Town naval base from the 2 November to the 6 November. The commanding officer is Cdr Hervé Le Hanneur. The CO was accompanied by Mr Antoine MICHON, French Consul General in Cape Town, during his official visit to Radm HIGGS, Radm (JG) Louw and CAPT Kamper (chief of hydrographic service). Capt Kamper has declared that the cooperation between the two hydrographic services is very close as the two parties are also sharing the burden of hydrography in the entire austral region.

Radm Higgs invited for an official lunch has shown a great interest for such a tool which is very economically efficient (small crew, hull designed to withstand to very rough seas, very low fuel consumption). 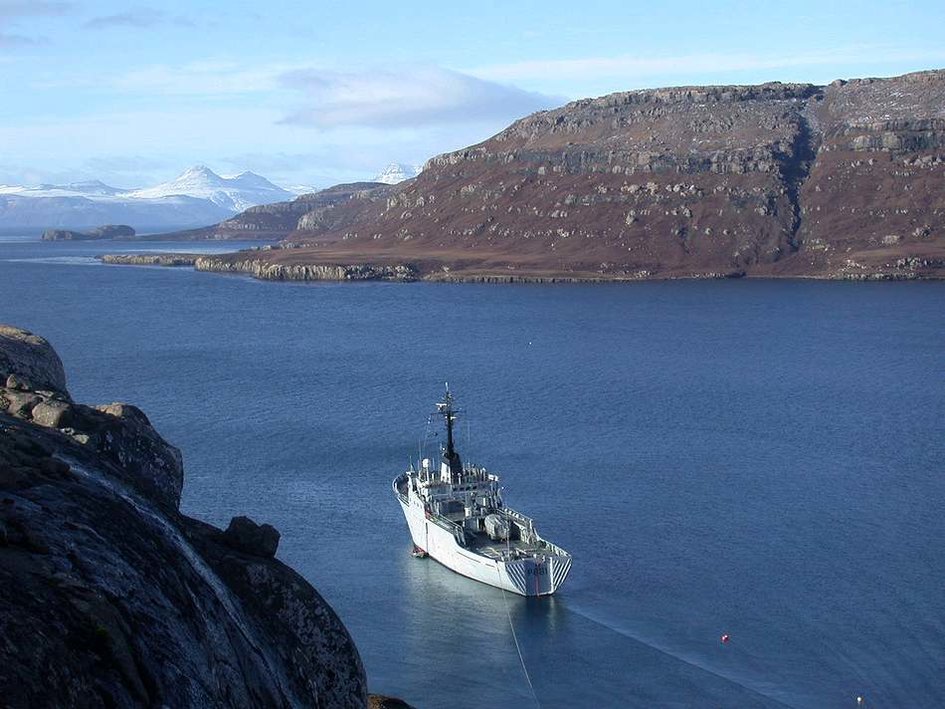 During the Cocktail function hosted by the French Consul and the CO of ALBATROS, great interactions were achieved with the representatives of the SAN and the members of the crew. Note that DA Defence Shadow Minister attended this function and expressed his high gratitude to the CO of ALBATROS and the crew for the outstanding reception they offered. He interacted with the French Consul and the French DA as well as his former colleague of the SAN and showed a strong interest on the ongoing agreement between France and South Africa regarding the cross-surveillance of the EEZ.

On her way to her patrol station, she will conduct a boarding exercise with SANS Isaac Dyobha and a detachment of the Maritime Reaction Force and she will also patrol inside the Marion EEZ and she will report what she will see on her way.