Commemoration of the centenary of the sinking of SS Mendi [fr] 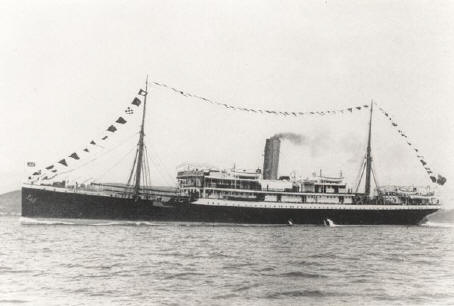 On 16 February 1917, after its last night in Cape Town, the SS Mendi sailed towards the port of Le Havre, in France. Onboard were 33 crew members and a contingent of the South African Native Labour Corps (SANLC), composed of 805 black soldiers, 5 white officers, and 17 petty officers. They were heading to France to contribute to the Allies World War I efforts.

On the morning of 21 February 1917, while crossing the English Channel, the SS Mendi was hit by a merchant vessel, the Darro, south of Isle of Wight. The SS Mendi sank in only 20 minutes. The Darro was sailing at full speed in dense fog without any light signals.

Six-hundred-and-sixteen people died. Among them, 607 black soldiers. Only some of the bodies were found. Thirteen soldiers are buried in several cemeteries along the English coast, including nine in the Milton cemetery of Portsmouth. Another is buried in France, five in Noordwijk in the Netherlands. The names of the victims whose bodies were not recovered are engraved at the Holly-Brook Memorial of Southampton as well as at the Atteridgeville Memorial SS Mendi, near Pretoria.

The centenary of the sinking of the SS Mendi is commemmorated on 21 February 2017. Ceremonies will be held both in South Africa and in the United Kingdom.

On this day, a moment of silence will be held at sea, near the Isle of Wight, on the SAS Amatola frigate. Descendants of the victims will receive a medal on this occasion;

In Durban, South African President Jacob Zuma will preside over a ceremony on the occasion of Armed Forces Day. Colonel Jean-Marie Monot and Captain Arnaut Lacote will represent the French Embassy at the ceremony.

On February 26, a military parade and an exhibition at the ‘Centre d’Etudes Africaines’ will be organised at the Mendi Memorial at the University of Cape Town (UCT). French Ambassador to South Africa, H.E. Christophe Farnaud and Consul General in Cape Town, Xavier d’Argoeuves will attend the commemorative events in Cape Town.

The French Embassy is committed to pay tribute to the soldiers who died on board of SS Mendi.

In Port Elizabeth, the Alliance Française will screen the documentary Troopship Tragedy: the story of the SS Mendi by Marion Edmunds on 28 February.