As part of a courtesy port call, Le Nivôse arrived in Cape Town on 21 February 2016 from Port des Galets (Reunion Island) after patrolling the French Southern and Antarctic Terrorities under the command of Commander Julien Lalanne de Saint-Quentin. 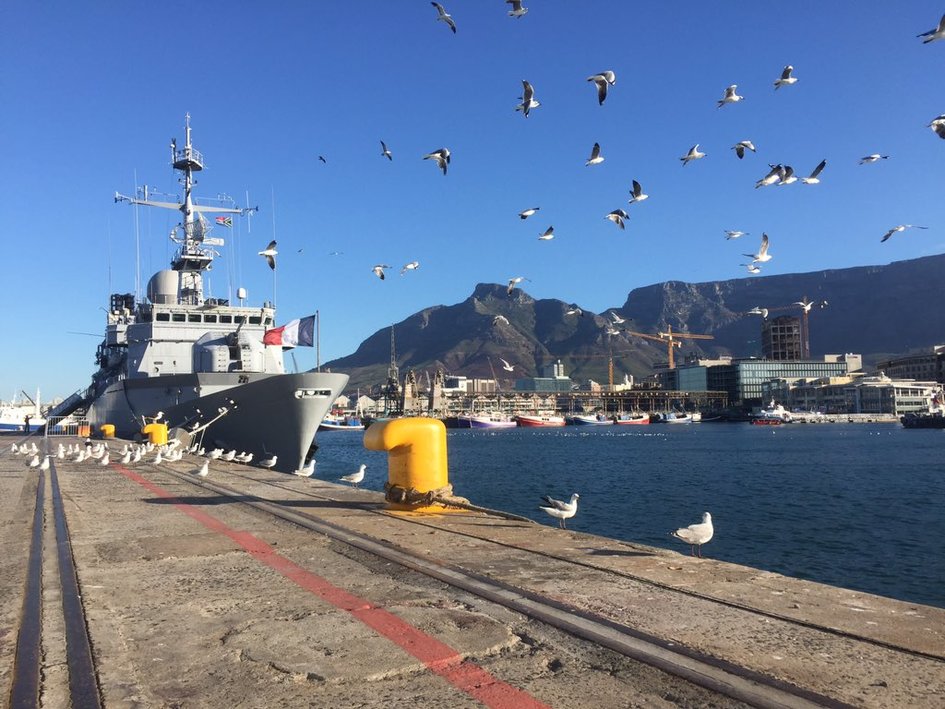 To celebrate this visit, Ambassador of France to South Africa, Elisabeth Barbier, hosted a cocktail event on board Le Nivôse on Thursday 25 February 2016. Among those in attendance was Consul of France in Cape Town, Xavier d’Argoeuves, the French Defense Attaché in South Africa, Colonel Jean-Marie Monot and some authorities from the South African Navy. 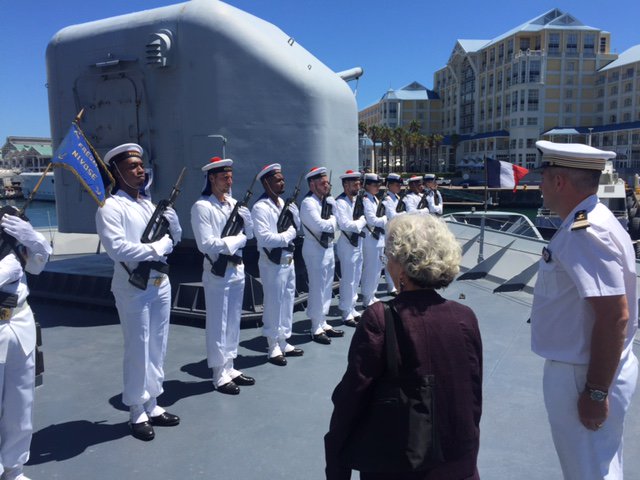 Based in La Réunion (a French territory in the Indian Ocean), Le Nivôse, has an overall length of 93.5 meters and breadth of 14 meters, able to displace 2950 tons. The crew is composed of 97 sailors of which 12 officers, 61 petty officers and 21 seamen. 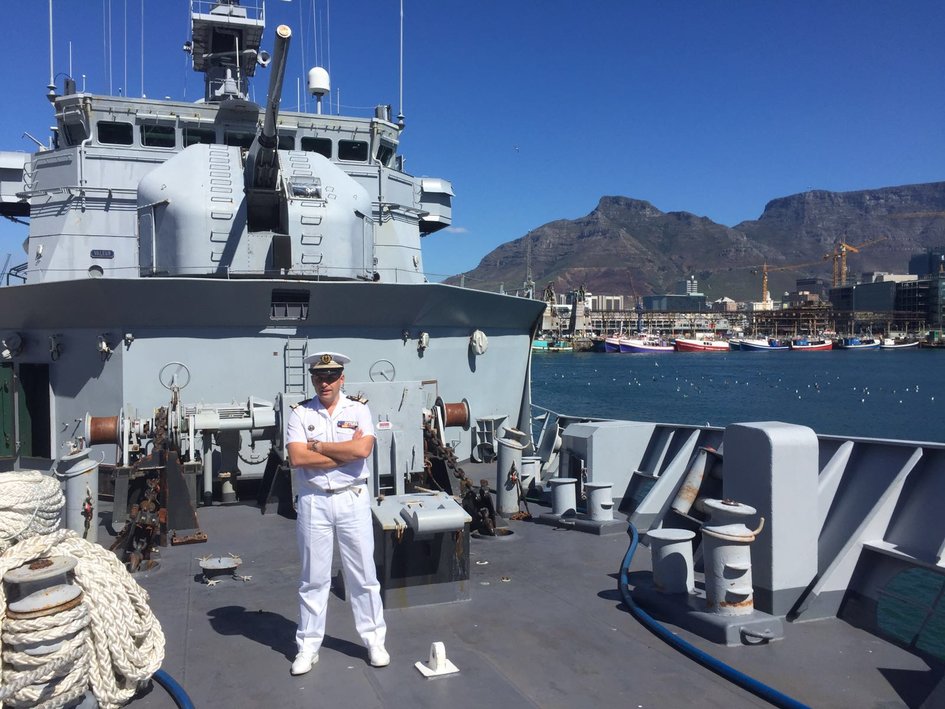 Le Nivôse is the third ship out of 6 vessels of the same type, built by the Chantiers de l’Atlantique between 1990 and 1993, based on a production rate of one ship every 6 months, as ordered by the French Navy. It is the fourth French vessel to be named as such (gun boat 1795, submarine 1907and a replenishment oiler destroyed during WWII).

It fulfils a specified range of operational needs, patrolling overseas maritime areas under French sovereignty and in the deep sea to protect France’s interests. Equipped with quality equipment including an on-board Eurocopter Panther helicopter, Le Nivôse has an optimal capacity of detection and an armament allowing consolidation of the French presence overseas. This way the vessel carries out several different tasks such as the surveillance of maritime area, fighting piracy, port visits and joint maritime exercises.

To read more about Le Nivôse: