Creation of the French-African Foundation 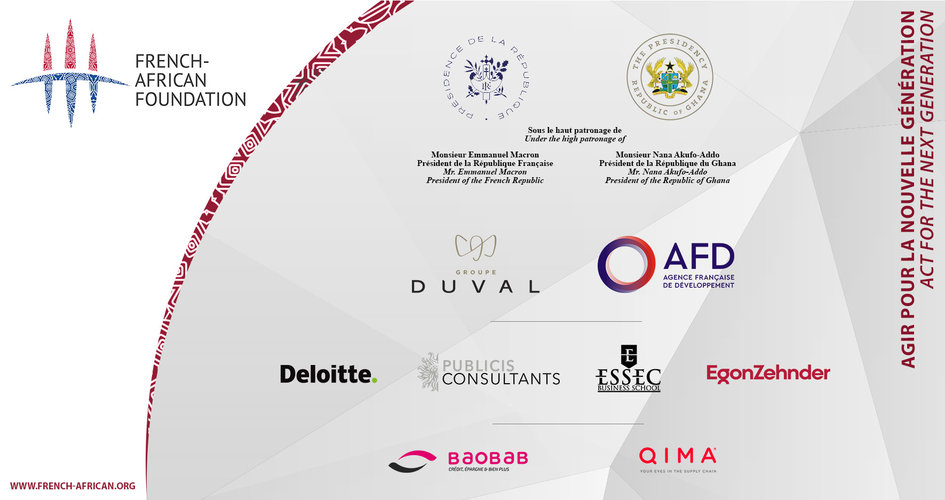 This first edition was a success, bringing together 20 young leaders selected from a highly competitive pool of 569 applicants from 43 countries. They were welcomed by economic, political, media and cultural leaders for 5 days in France and 5 days in Ivory Coast and Kenya.

In order to maintain their commitment to a renewed Franco-African relationship, the laureates of the 2017 Young Leaders AfricaFrance promotion created the French-African Foundation.

This structure aims to bring together French and African actors in the public and private domain, who are determined to collectively support the emergence of a generational Franco-African "succession" which is able, by its values and means of action, to meet the economic, social and political challenges of its time.

The primary objective of the Foundation is to support the leadership of the new generation evolving on the economic, political, social and cultural Franco-African scene through capacity building, and actions linked to advocacy and the fight against stereotypes, training and funding.

The founding program will result in a call for applications for the Young Leaders 2019 promotion on April 15, 2019 under the double high patronage of the President of the French Republic, Mr. Emmanuel Macron, and the President of the Republic of Ghana, Mr. Nana Akufo-Addo. The laureates will be welcomed in France in the summer, and in Ghana in autumn.