Since 2011, a close partnership has been established between the Embassy of France and the kingdom of Lesotho for developing the learning of the French language in the country.

Thanks to a synergy of innovative actions and to the essential role of the Alliance Française of Maseru, learning of the French language was gradually introduced in secondary schools and was developed at university.

French language is taught in 11 secondary schools in the frame of a pilot-project set up by the ministry of Education and Training of Lesotho since 2008. It was introduced in official programs in 2010.

In 2012, 4500 pupils from the 3 years of the first cycle of secondary school benefited from French lessons taught by 20 teachers. The same year, French was introduced as an exam at the Junior Certificate of Education (JCE) for the first time. In 2013, 5000 pupils learned French at school, taught by 28 teachers working in the pilot-schools. 973 students presented French at the JCE, that means a little more than in 2012 (945 candidates). The success rate is 78% (72% in 2012).

In 2013/2014, more than 200 students chose French as a specialty in university (the majority is preparing a Bachelor of Arts and around 40 are registered a Bachelor of Education).

Support from the embassy

The embassy provides strong and broad support to the project:

In 2013, two representatives of the Basotho ministry were invited for a study trip to the local CIEP (International Centre for Studies in Education) centre in Reunion Island. The aim of this stay was to present them the French educative system and to explain to them the contents and the rules of the French language exams and certifications. The two delegates were also given the opportunity to visit schools and to observe foreign language classes. This study-tour was organized in anticipation of the set-up of scholar DELF certifications (version of the Diplôme d’Etudes en Langue Française dedicated to school pupils) in place of the current school-leaving examination for French language, beginning in 2015. 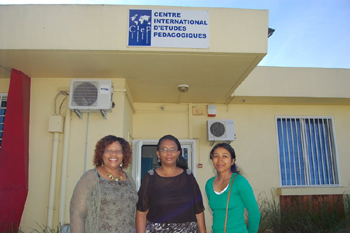 Core role of the Alliance Française

The Alliance Française of Maseru is considered central in the French teaching system in Lesotho. Its proven expertise in the organization and management of DELF examination sessions is provided to ministry of Education and Training of Lesotho.

Among its prestigious students, the Alliance Française of Maseru counts Queen Masenate Mohato Seeiso. She graduated from DELF A1 in February 2013 and will take A2 in April 2014. 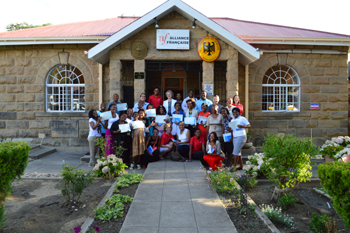 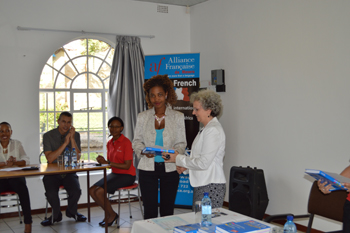 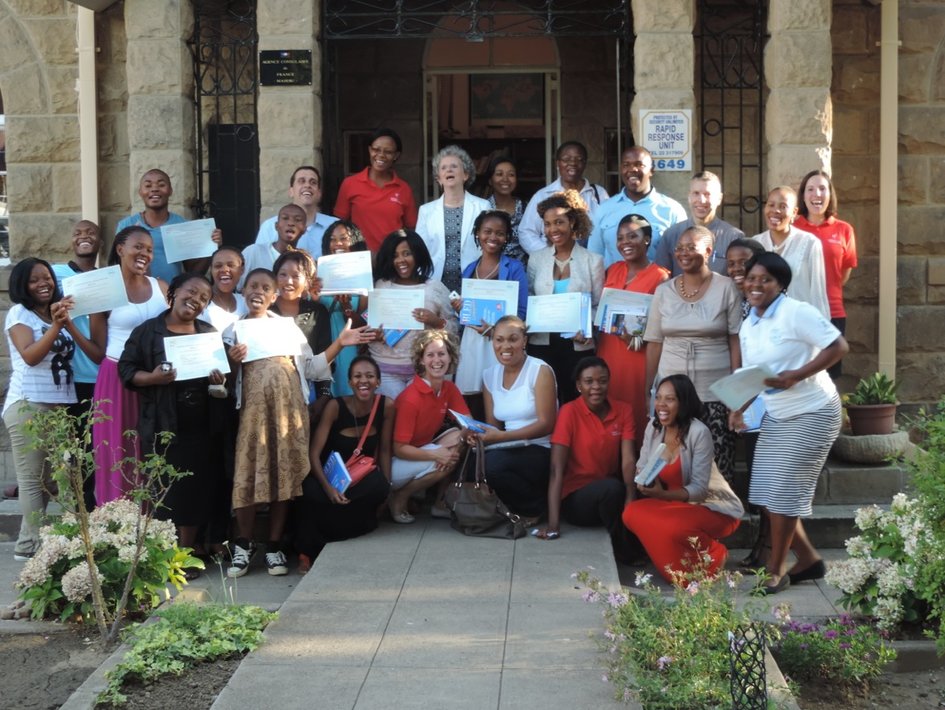