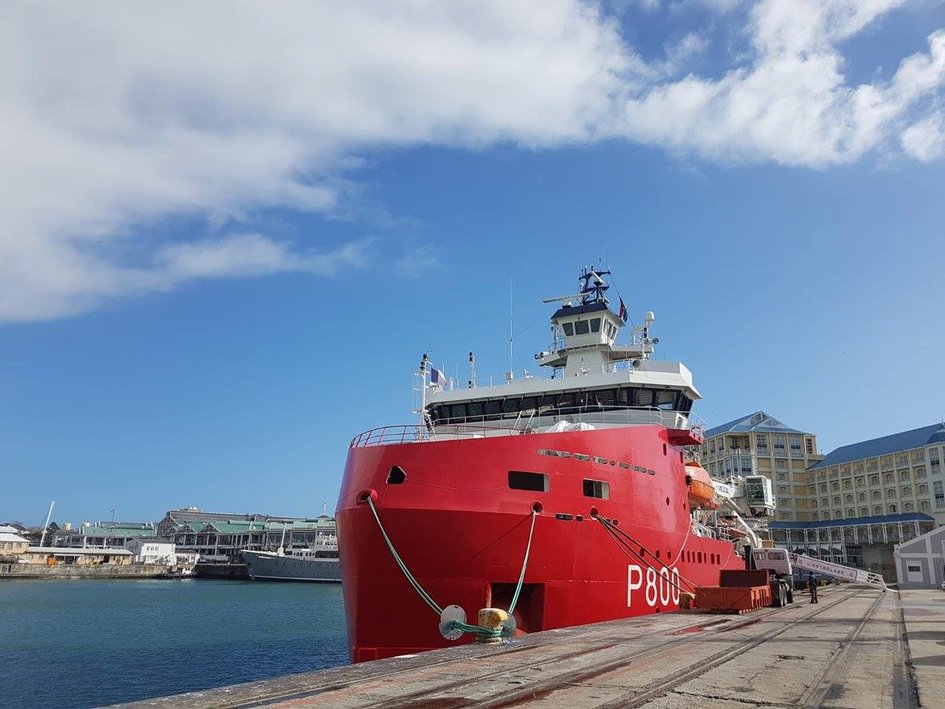 L’Astrolabe is an ice-breaking vessel designed to operate in a Sub-Antarctic and Antarctic environment.

The Astrolabe P800 was built in 2017 by Piriou Shipyard in Concarneau. Based in Port-des-Galets, Reunion Island, it performs two types of missions. During the Austral summer, it leads an Antarctic Logistics Support Mission (MSLA), during which it transports freight and passengers between Australia and the French scientific bases in Terre-Adélie Territory.

During the rest of the year, L’Astrolabe carries out sovereignty missions in the South Indian Ocean, namely fisheries control, fights against illicit activities, trafficking and protection of the environment.

Commander François Trystram has been the officer commanding the vessel since 19 June 2017.

Watch the SABC News report on the port call here: