France meets all the requirements for the success of your investment

The leading country in Europe for foreign investment in industry. (EY, 2014)

More than 30% of French exports are made by foreign companies.

France is the third leading host country in the world for foreign students. (Campus France, 2014)

Competitive business costs: according to the KPMG report “Competitive Alternatives”, France is ranked fifth out of 10 countries in 2014.

The leading country in the world for the quality, availability and accessibility of its electricity supply. (KPMG and Institut Choiseul, 2015)

The cost of renting office space is lower in Marseille and Lyon than in Frankfurt, Amsterdam and Madrid. Costs in Paris are lower than in London’s West End. (Cushman & Wakefield, 2014)

France is the sixth largest global economy, located at the heart of Europe.

The second largest market in Europe with a population of over 65 million. (Eurostat, 2014)

The port of Marseille is the largest in France and in the Mediterranean by tonnage.

Strong demographics in an attractive environment.

The leading destination in the world for foreign tourists. (UNWTO, 2014)

European countries are by far the leading investors in France.

In 2014, they were responsible for 61% of job-creating foreign investment in France.

France was the leading recipient in 2014 of job-creating investments made in Europe by British, German, Belgian, Finnish, Italian and Polish companies. (Business France, 2014 Annual Report: Foreign Investment in France)

A rich talent pool for investment

The presence of highly qualified researchers, the availability of expertise and a very conducive research environment have convinced large numbers of foreign companies that are now responsible for nearly 30% of all business enterprise R&D expenditure in France.

France is ranked second in Europe and sixth in the world for the number of international patents filed. (WIPO, 2013)

12 out of 55 Fields Medals awarded to French researchers.

France invests more in its education system (6% of GDP) than many of its European neighbors, including Germany, Italy and Spain.

France is ranked third in the EU for the number of students in second-stage tertiary education leading to an advanced research qualification. (Eurostat, 2014)

18 French establishments in the global rankings of the 70 best Management Master’s degree programs, including two in the top three (HEC and ESSEC): France is ranked first in Europe. (Financial Times, Masters in Management, 2014)

France is not only ranked sixth in the world for hourly labor productivity, ahead of Germany and the United Kingdom (The Conference Board, 2014), it also boasts lower gross labor costs (on average per employee) than in Japan, the United States and Germany (KPMG, Competitive Alternatives, 2014). Moreover, the working week in France is comparable to the European average.

Effective and customized support for the success of your investment

France’s research tax credit is the best in Europe, covering 30% of all R&D costs up to €100 million, and 5% above. Since 2013, eligibility has been extended to innovation expenditure by SMEs.

Tax relief: the competitiveness and employment tax credit (CICE) is boosting the competitiveness of businesses through a corporate tax saving equivalent to 6% of gross payroll costs, excluding salaries higher than 2.5 times the statutory national minimum wage.

The Responsibility and Solidarity Pact will simplify paperwork and reduce labor costs.

Corporate tax rate to be lowered starting in 2017 down to 28% by 2020. Administrative procedures for businesses are being simplified thanks to a digital-first strategy:

France is ranked first in Europe and fourth in the world for e-government (E-Government survey, UN, 2014)

France is among the simplest countries in the G20 in which to found a company: only five administrative procedures and seven days are required, compared with a G20 average of 7.6 procedures and 22 days. (EY, European Attractiveness Survey, 2014)

EU, EEA and Swiss nationals are free to travel and work in France without a visa, residence permit or work permit.

Business France is the national agency supporting the international development of the French economy, responsible for fostering export growth by French businesses, as well as promoting and facilitating international investment in France.

Founded on January 1, 2015 through a merger between UBIFRANCE and the Invest in France Agency, Business France has 1,500 personnel, both in France and in 70 countries throughout the world, who work with a network of public- and private-sector partners. 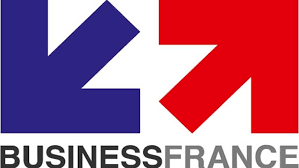 The Department of Economic Affairs for Southern Africa is the local correspondant for Business France.