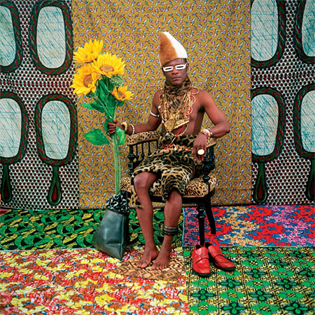 ’Africa Remix’, a major exhibition of contemporary African art comprising almost 200 pieces by 87 artists in Africa and the Diaspora, was opened by Mr Denis Pietton, French Ambassador, on 24 June 2007. With the financial support of France and the French Embassy in South Africa, "Africa Remix" is for the first time on show in Africa, at the Johannesburg Art Gallery from 24 June until 30 September 2007.

’Africa Remix: the contemporary art of a continent’ was conceptualised in 2004 by Simon Njami, writer and art critic from Cameroon. The exhibition has already been hosted at museums in Europe and Japan. Simon Njami and Clive Kellner, the director of the Johannesburg Art Gallery, are the curators of the exhibition in South Africa.

To celebrate the African stage of the exhibition’s tour, a South African version of the catalogue will be prepared that will include new texts by African artists and art critics. Clive Kellner, director of JAG, says of the importance of the exhibition: "As South Africans redefine and rediscover their identity in relation to the African continent, it is vital that culture remains one of the key constructs of this new nation. Shaping our identity requires us to actively give shape and presence to ideas about Africa. This means tangible manifestations of African heritage, co-operation and exchange. An exhibition of this magnitude on which artists from 25 countries on the continent will be represented, will be able to concretise the complexity, diversity and range of expression from Africa to an African audience."

Read the Ambassador’s speech at the press conference for the ’Africa Remix’ exhibition, 28 May 2007.