The French Consul General to Lesotho, Mr. Raymond Quereilhac, visited the Kingdom on 27 and 28 February 2017.

Mr. Quereilhac met with the French community as well as several officials from the government of the Kingdom of Lesotho.

Accompanied by Honorary Consul of France in Lesotho and Director of the Alliance Française de Maseru, Mr. Rémi Beghin, he also visited the town of Morija, where the strong links between France and Lesotho started almost 200 years ago. Mr. Quereilhac took the opportunity to visit one of the cemeteries where several French families are buried. The Consulate General of France in Johannesburg participates in the maintenance of these historic graves. 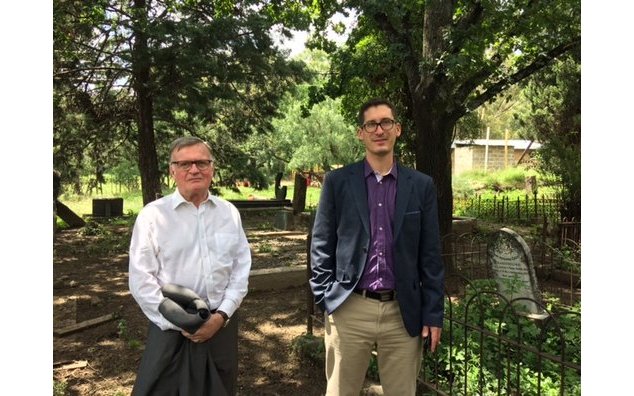 French Consul General to Lesotho, Mr. Raymond Quereilhac (left), and Director of the Alliance Française de Maseru, Mr. Rémi Beghin (right), during a visit to the town of Morija. 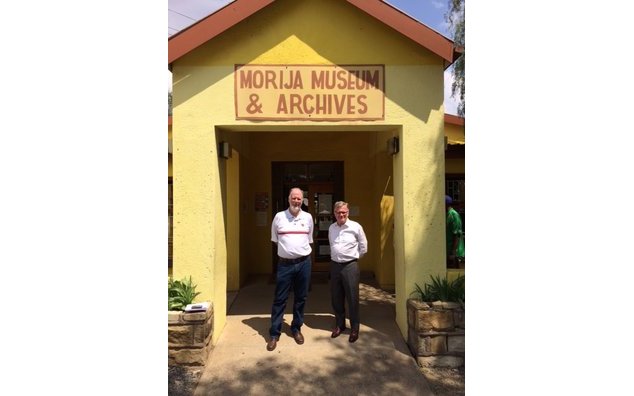 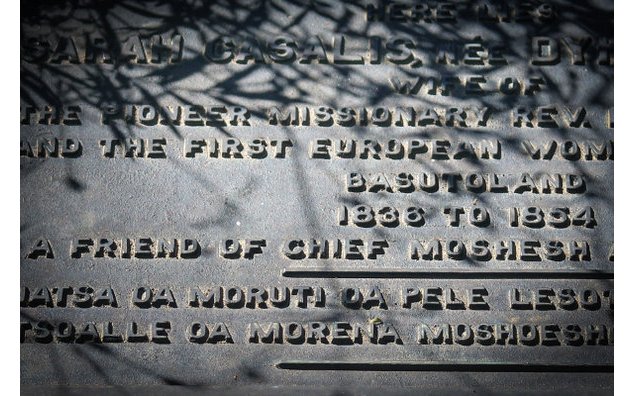 The grave of the first wife of Eugène Casalis, Sarah (née Dyke).