In July 2008 the French police were requested by the South African Police Service to organize training in crowd control at large events. A South African delegation had visited France in May 2008 to acquaint themselves with the methods employed by their French counterparts during large events such as the 1998 Soccer World Cup and the 2007 Rugby World Cup.

Since September 2008 a mixed team of the French Police and Gendarmerie has been training 120 South African police officers from across the country in the techniques and rules of engagement applied by the French police force, in order for them to transmit this knowledge to the 12 500 SAPS members who will be deployed in restructured units.

This skills transfer will not only be valuable for the SAPS during the 2010 tournament, but will leave a lasting legacy of strengthened capacity and capability. It will enhance SAPS’ ability to manage public order and contribute to urban security, in a efficient, professional and democratic manner.

Read a transcript of the French Ambassador’s interview on French-South African police co-operation on the eNews Channel, 30 October 2008. 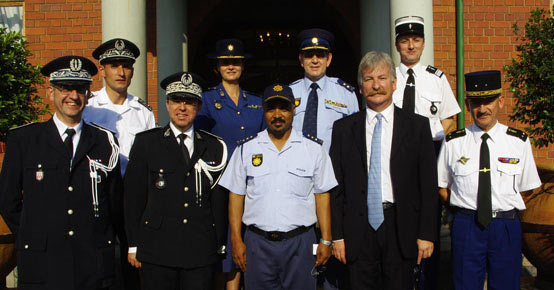 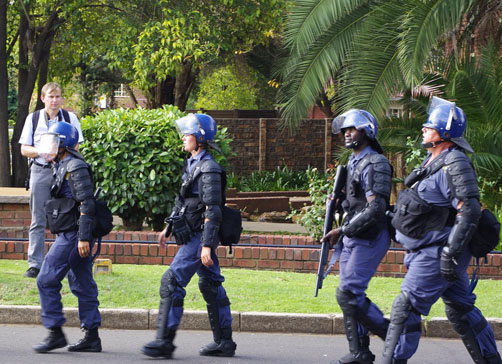 Members of SAPS with their body armour acquired from France, affording them more protection and more mobility
Photographer: Irchad Razaaly