On Saturday 6 September 2008 the streets of Johannesburg came to life when more than 15 000 people joined this year’s fourth Pale Ya Rona Gauteng Carnival organised by the Gauteng Provincial Government. The 45 troupes taking part to the Carnival departed from Mary Fitzgerald Square, strolled down the streets of the CBD to end up in a beautiful finale at the Johannesburg Stadium.

One of the highlights of the Carnival featured four beautiful giant puppets as well as the puppet of a baby and a mask of a grandmother created in collaboration with the French collective of artists “Les Grandes Personnes” and the South African group SA G.U.R.U.

Premier Mbhazima Shilowa paid tribute to the French contribution in cultural events in general and for this event in particular.

Gauteng MEC for Sports, Arts, Culture and Recreation, Barbara Creecy, said the carnival encouraged South Africans to tell their own stories. Other communities also took part in the procession including Thai, Chinese, the Afrikaanse Volkspele, Scottish, Portuguese and Tamil federation. 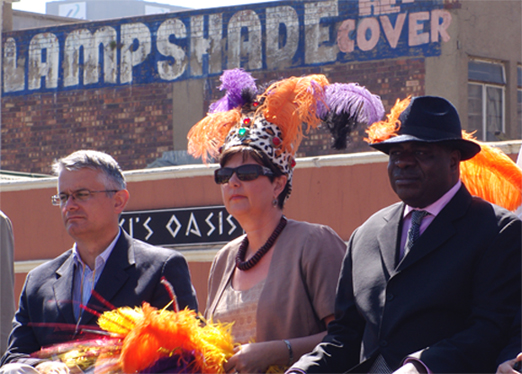 Philippe Orliange, First Councillor at the French Embassy, with Barbara Creecy, Gauteng MEC for Sports, Art, Culture and Recreation and Mbhazima Shilowa, Gauteng Premier, at the Pale Ya Rona Carnival in Johannesburg where the puppets strolled through the streets of the city
Photographer: Irchad Razaaly

“Les Grandes Personnes” residency and tour are supported by the French Embassy, the French Institute of South Africa, the network of Alliances Françaises in South Africa & Lesotho, the Gauteng Provincial Government, CulturesFrance and Out the Box Festival. 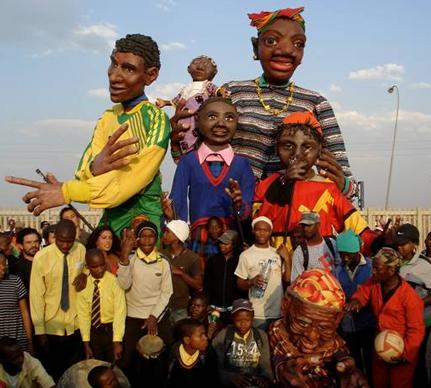 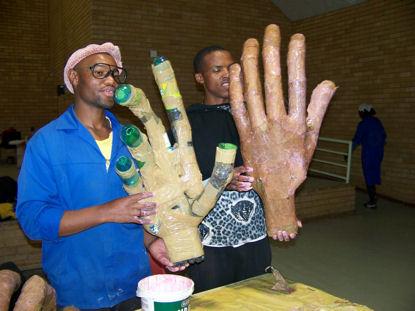 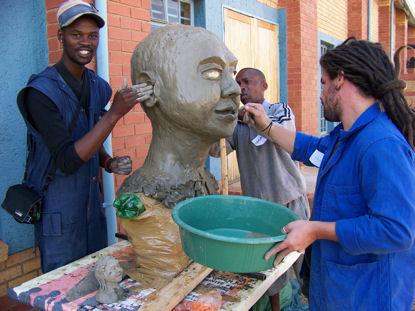 McDonald Mfolo and Cédric Lasne working on a puppet 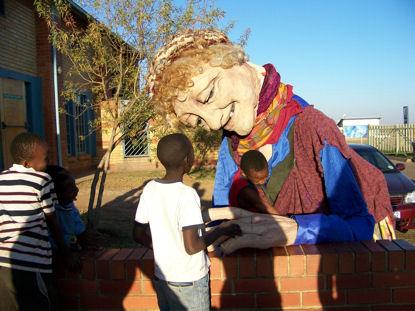