French for professional use 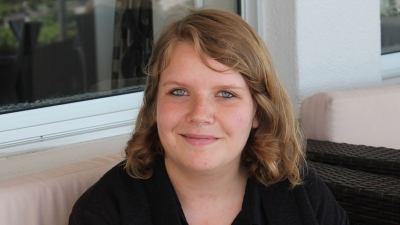 The Cape Peninsula University of Technology (CPUT) is involved in a number of mutually beneficial partnerships with France and recently further cemented ties with the signing of a memorandum of understanding (MOU) with the French Embassy to offer French for Professional purposes at the University.

Head of the International Affairs Department Merle Hodges says the aim of the MOU is to improve students’ employment potential in Francophone Countries or French companies, as well as to develop cultural competence.

The program is also offered to staff members in faculties where they are collaborating with French organizations or where there is future potential for collaboration.

The French Attaché for Language Damien Guyard implemented the program at CPUT by sponsoring the appointment of French lecturer Helene Audouit.

Audouit commenced classes several weeks ago and says she has had an overwhelming response from students and staff members.

“The majority of students are motivated, as well as the staff,” she says.

Apart from focusing on basic French terms, such as “what is your name” and “where do you live,” Audouit says she tailors her lessons according to the student groups and links it to the CPUT courses.

“For example, I have two groups in Food and Beverage and we are studying terms related to the food industry,” she says.

Currently Audouit hosts classes on the Cape Town, Wellington and Granger Bay campuses in the Faculties of Business and Management Sciences and Applied Science.

The classes run till November 2016.