As part of a routine port call, French navy patrol vessel Le Malin visited in Durban from Port des Galets (Reunion Island) in the framework of its patrol in the French Southern and Antarctic Territories under the command of Lieutenant François Junique.

To celebrate this visit, vice–consul general of France in Johannesburg, Brice Sardain, hosted a cocktail event on board Le Malin on Friday 2 February 2018. 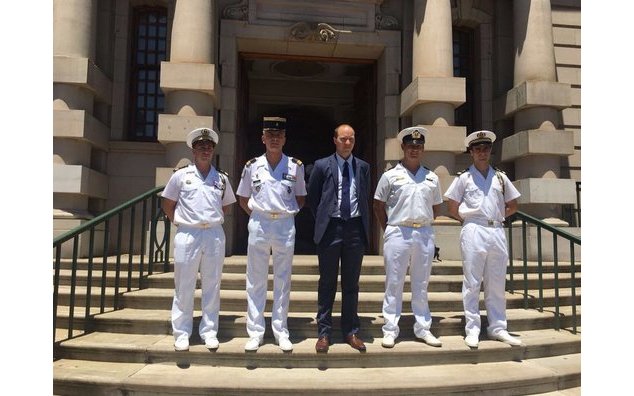 Vice–consul general of France in Johannesburg, Brice Sardain, hosted a cocktail event on board Le Malin on Friday 2 February 2018. 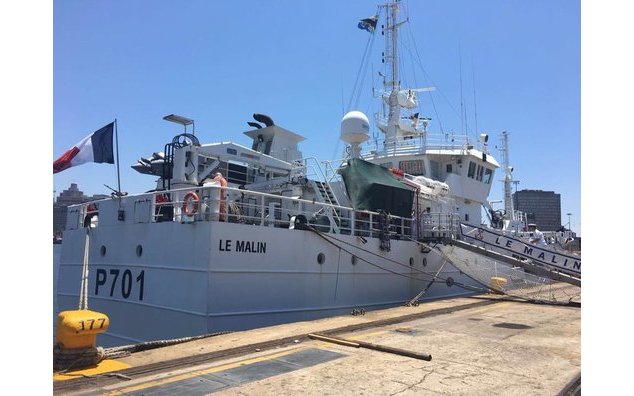 Based in La Réunion (a French department in the Indian Ocean), Le Malin, has an overall length of 49.99 meters and breadth of 10.7 meters, able to displace 1300 tons. The crew is composed of 4 officers, 14 petty officers and 7 crewmen.

Formerly a long-liner built in Gdansk by a Norwegian shipyard in 1997, Le Malin was seized by the French Navy in 2004 for illegal fishery. Due to her perfect condition and potential (large storage capacity, suitable accommodation for crew members), Le Malin was acquired by the French Navy in November 2005. Refitted in Toulon in 2006, Le Malin was operated as a support ship for divers and commandos and then served as an auxiliary support vessel dedicated to the State action at sea. From September 2010 to August 2011, she was overhauled to become a public service patroller in the Piriou shipyard in Concarneau.

Since October 2011, Le Malin operates from La Réunion. She performs maritime safeguarding, State action at sea and public service missions, in the southern area of the Indian Ocean. Le Malin belongs to the French Ministry of the Armed Forces and the armed forces in the South Indian Ocean (FAZSOI). FAZSOI’s mission is to protect national territory and strategic facilities, and to contribute to the maintenance of security.