On 16 April 2009 a Memorandum of Understanding for using synchrotron beam technology as provided by SOLEIL, a publicly owned company operating in France, was signed by the National Research Foundation and SOLEIL, in the presence of Mr. Philippe Orliange, first counsellor at the French Embassy.

Synchrotron light is capable of resolving the structure of matter down to the level of atoms and molecules. This new technology is applicable to the fields of life sciences, geology, environmental sciences, chemistry, physics and heritage. There are about 50 synchrotrons worldwide.

This agreement will provide more opportunities for South African scientists to work with their French counterparts in the emerging field of synchrotron technology.

This MOU is the result of strong links already existing between French and South African scientific communities interested in the use of synchrotrons. This has been demonstrated at the two Science@Synchrotron schools that took place in South Africa in 2007 and 2009 with a large participation of French scientist, among them several from SOLEIL, and by the development of actual collaborations. 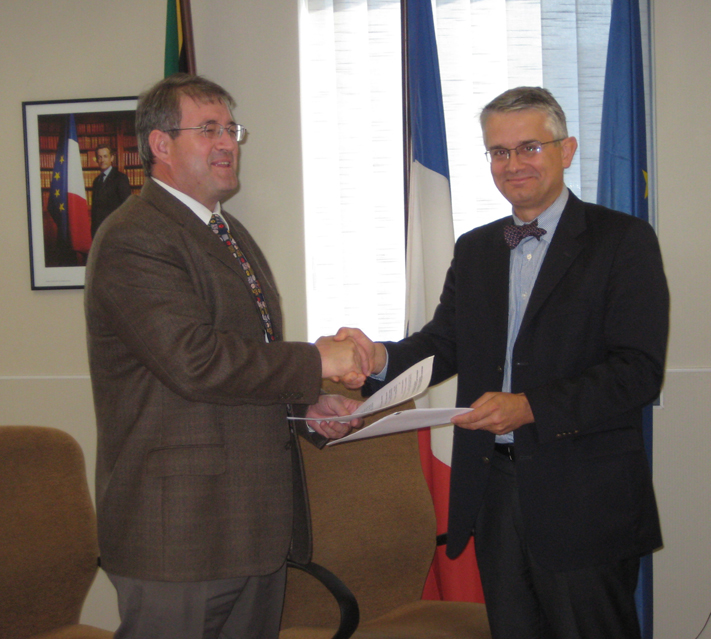 Dr Albert van Jaarsveld, CEO of the NRF, and Mr Philippe Orliange of the French Embassy 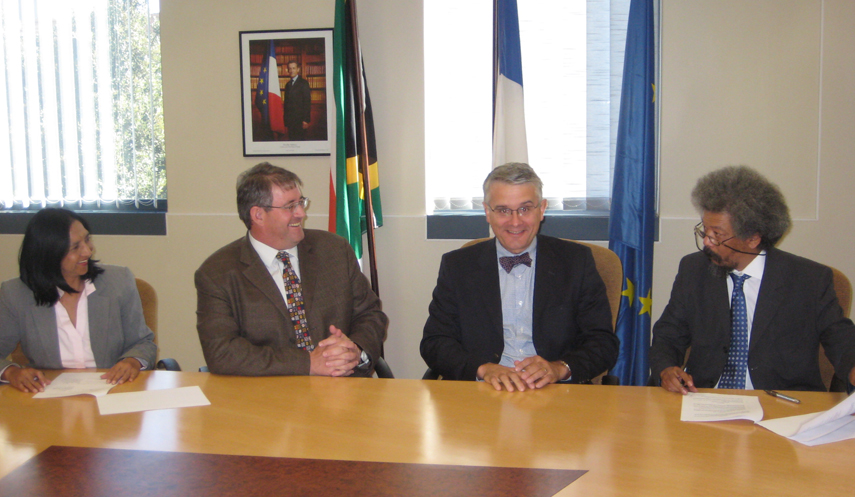 Dr Romilla Maharaj and Dr Van Jaarsveld of the NRF, Mr Philippe Orliange of the French Embassy and Mr Robert Kriger of the NRF