History of the relations between France and Lesotho [fr]

“Historically, Lesotho shares with France a specific relationship linked to the presence of French Protestant missionaries in the country from 1833. In 1868, they advised King Moshoeshoe, which kingdom was under the threat of the Boers expansion, to call Great Britain for help, asking to be taken under its protection, which spared Lesotho to suffer Apartheid.” (source: www.diplomatie.gouv.fr)

Today, French cooperation in Lesotho, managed by the French Embassy in South Africa, is focused on linguistic cooperation and on the fight against crime. The Alliance Française of Maseru (whose director is also honorary consul) is the main cultural centre in the kingdom’s capital.

To find out more, have a look on the dedicated presentation of the country on the ministry of foreign affairs’ website: http://www.diplomatie.gouv.fr/fr/dossiers-pays/lesotho/la-france-et-le-lesotho/ (French only) 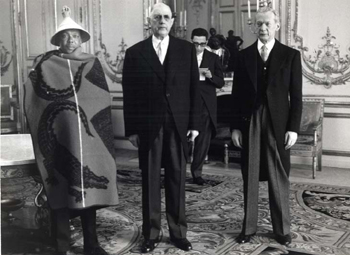 14-17 November 1995: the King of Lesotho, Moshoeshoe II, visited France. 15 February 2007: visit of H.M. Letsie III, King of Lesotho, to France on the occasion of the XXIVth France and Africa Chiefs of State Conference (+ photo of the welcoming by Mr. Jacques Chirac, President of France).

11 September 2007: Mr. Jean-Marie Bockel, Secretary of State for cooperation and francophony, made the first official visit to Lesotho by a member of the French government since the independence of the kingdom. 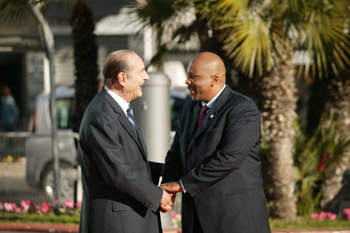 6-7 December 2013: the vice Prime Minister Mothetjoa Metsing participated in the Elysee Summit for peace and security in Africa held in Paris. 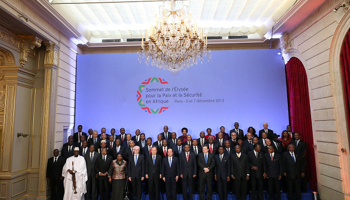