Invest in France: South African companies based in London

In conjunction with the Business France team in South Africa, Business France’s office in the UK organised a seminar on 13 October 2015 at the French Residence in London on the initiative of the French Embassy in South Africa. The aim of the seminar was to encourage South African companies based in the UK to invest in France. Co-organised with the South African Chamber of Commerce in London, this event gathered together fifteen companies who listened to the testimony of Craig McBain, CEO of Halls - producer, importer and distributor of fruits and vegetables and who owns two subsidiaries in France. 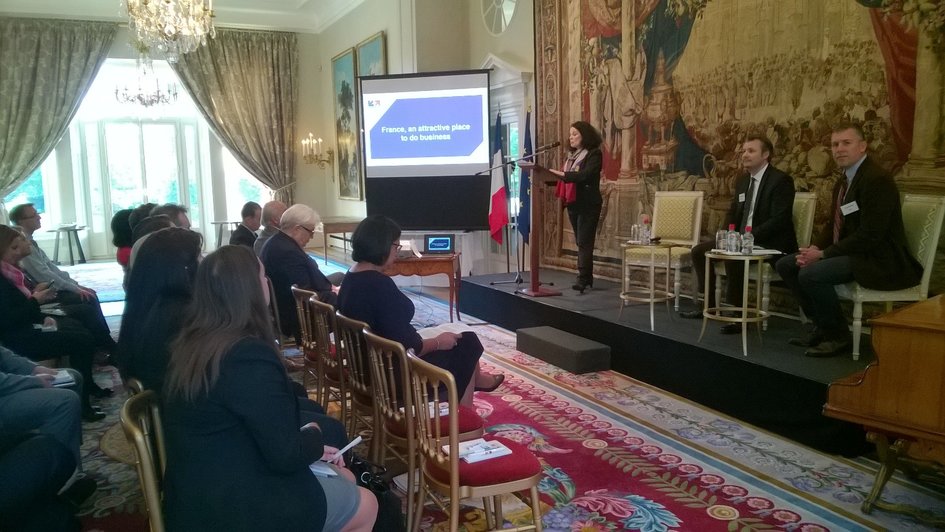 French Ambassador to the UK, HE Sylvie Bermann

Established in the UK in 1985, Halls opened an outlet and distribution centre for fruits and vegetables in Rungis in 2010 and in Marseille in 2012. There are currently 22 people working for Halls in France and the company aims at expanding its capacity in 2017. The success factors of Halls in France, in addition to the dynamic consumption of avocados in the country (4.5m of tons are exported to Europe - France consumes the most) are the power that the market in Rungis represents at national level for fresh products and the team of French managers based in France. At first, all managers were based in the UK.

Craig McBain also mentioned the efficiency and the trustworthiness of the framework of the process to set up a company in France; banks and financial institutions’ support; the excellence of engineering work and of the quality of work in general; as well as the opening of the French market to other areas of commerce.

A series of exchanges with the audience allowed the group to specify its activity, as well as to answer questions about social security in France, acquisition of visas etc.

Following this event, different participants showed their interest to have a more personalised discussion with the representatives of Business France in the UK and in South Africa.

To contact Clement Sarradin, the new project manager for inward investment at Business France South Africa and manager of the French desk for South African investors in France, please fill in the form below:

To learn more, watch the video!