Home > Lesotho > Launch of ’Le Talisman brisé’ on the National Radio of (...)

Launch of ’Le Talisman brisé’ on the National Radio of Lesotho 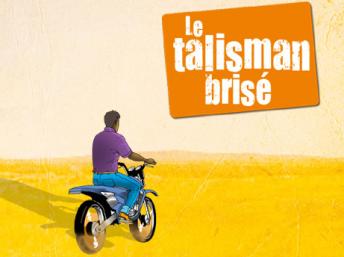 Since the beginning of June 2016, Lesothans can listen to the Talisman brisé on the National Radio of Lesotho.

The Talisman brisé is a bilingual serial for learning French developed by Radio France International. It is a story composed of 25 seven-minute episodes that invites listeners and learners to solve a series of clues and get into the hero’s skin, knowing the investigation won’t succeed unless he/she learns the language. The story is special because it uses the listener’s mother tongue that is in the context of Lesotho: Sotho.

The creation of this unique Sotho/French radio series is the result of the cooperation between RFI and local actors which was supported by the Embassy of France. A professor of the French department of the National University of Lesotho, with the assistance of students translated the story into Sotho which then was recorded by two Francophones Basotho actors and a RFI production team. The Ministry of Education and Training in the framework of its cooperation with the French Embassy for the teaching of French put its recording studio and technicians at the disposal of the production team.

The Talisman brisé has been broadcast on the National Radio of Lesotho since the 6th of June from Monday to Friday at 9.30am and 17.15pm. A rerun of the program, which already seduced with its quality and originality is scheduled for September.