Damien Guyard, cooperation attaché for the promotion of French in South Africa, on 12 October 2016 bestowed on Ms. Michelle de Wet the award of Chevalier dans l’ordre des Palmes académiques at the Alliance Française of Port Elizabeth. 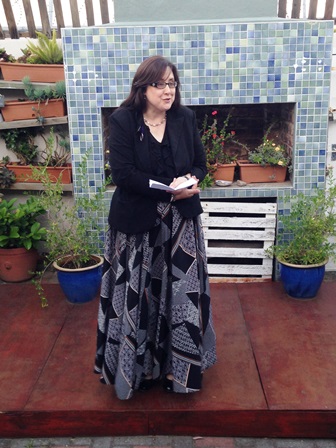 Michelle de Wet has many responsibilities in the promotion of the French language in South Africa. She is a French teacher at the Nelson Mandela Metropolitan University (NMMU) and at the Alliance Française of Port Elizabeth, where she previously served as the director of courses and the librarian. She holds a Master’s degree in language and literature and she also has been awarded a Diploma DALF C2.

It is because of these outstanding qualities and longstanding commitment that Michelle de Wet was awarded Chevalier dans l’Ordre des Palmes académiques, by decree of the French Prime Minister, dated 14 July 2016.