Since it opened in June 2006, the Musée du Quai Branly, which is devoted to the arts and civilisations of Africa, Asia, Oceania and the Americas, has built up a broad spectrum of partnerships at an international level. Its philosophy is one of reciprocal exchanges.

Recognising and appreciating arts and cultures from outside Europe is a vocation that could not help but encourage the Musée du Quai Branly in Paris to establish a wide-ranging dialogue with the countries of origin of its collections and set up multidisciplinary cooperation programmes with them. 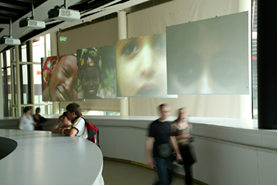 Bringing together the collections of the Musée National des Arts d’Afrique et d’Océanie and the Laboratoire d’Ethnologie of the Musée de l’Homme, comprising some 300,000 works of art, the institution showed from the outset its ambition to adopt an “approach that contrasted sharply with the colonial past : the idea of equality between cultures”. Its watchword is in fact reciprocity. “The idea is to work and build projects together, by meeting the demands of museums in the process of being set up, in terms of their inventory, safeguarding their heritage, and museography…,” explains Christine Guetin, International Relations manager. These exchanges take many different paths : providing expertise, hosting trainees, training employees, helping in the design and set-up of exhibitions, in the creation of institutions and so on, and they are carried out through bilateral cooperation programmes or through involvement in international networks of museums.

In its five years of existence, the Musée du Quai Branly has thus become involved in many large-scale projects all over the globe. In Africa for instance, it has contributed to the building of the Konso culture museum in Ethiopia. Similarly, in the Middle East, it has contributed its expertise to the development of the Louvre Abu Dhabi. Thousands of miles away in Latin America, the Musée du Quai Branly has also woven close links with Mexico, during the Teotihuacan, City of the Gods exhibition and in relation to research programmes, and it took part in a mission to evaluate Haitian heritage after the 2010 earthquake. Teams from the Quai Branly are also on the ground in Asia. They have contributed, for instance, to the museography and setting up of databases for the Museum of Southeast Asia and Vietnam’s Women’s Museum.

The ambitions of the Musée du Quai Branly in terms of intercultural dialogue and scientific recognition have thus been realised and are set to widen in scope even further. “The Musée du Quai Branly is playing a growing role in international cooperation projects aimed at expanding museum and scientific activities on other continents,” the International Relations manager tells us. “Our teams are even surprised sometimes by the diversity of requests. And the reciprocity is real.” A distinctive feature of these exchanges is the presence of eminent foreign researchers. “The organisation of international symposia has also produced some rich and open debates, far from the constraints related to certain political arenas. On subjects such as the return of heritage objects in 2008, African independence in 2010 or slavery in 2011”, Christine Guetin is pleased to say.

But, in her view, “one of the greatest successes is the accessibility of the collections”. Today this allows capitals such as Bamako, Dakar or Singapore to host part of the African collections of the Musée du Quai Branly. “The circulation of works of art is sometimes hampered by logistical issues – such as security or conservation in tropical environments – or financial problems. The whole challenge of cooperation projects is to find answers to these issues,” she explains. This depends on securing external funding. So, the French Ministry of Foreign Affairs, the European Commission, UNESCO and sponsor firms are essential partners. Today the Musée du Quai Branly has no intention of resting on its laurels and plans to take up new challenges. Among them, the sharing of its photographic collections and archives. 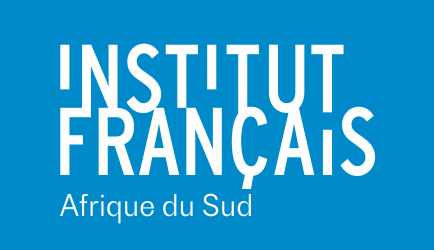