On 31 March 2007 Nadine Gordimer was awarded the insignia of Officer of the Legion of Honour in recognition of her illustrious literary career. At an award ceremony in Pretoria, French Ambassador Denis Pietton said : “By making you an Officer of the Legion of Honour, we wish to pay tribute to a symbolic figure of the fight against apartheid, that absurd and terrible system that sought, unrealistically, to separate races.”

Mrs Gordimer said that in view of the large contribution played by French literature in her development as both a reader and a writer, she accepted the French honour with great gratitude and humility. 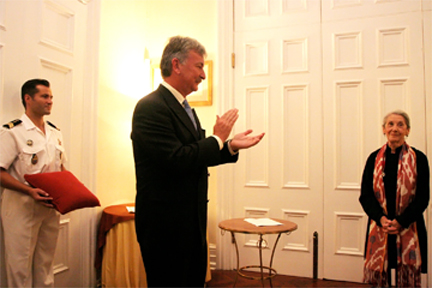