Home > Opening of Haven of Hope for vulnerable children in Pimville

Opening of Haven of Hope for vulnerable children in Pimville

On 24 October 2008, the Haven of Hope / Havre d’Espoir, a place of safety for children in Pimville, Soweto, was opened by the French Ambassador to South Africa, Mr Denis Pietton and Ms Poppy Ngwekazi Thabethe, representing the Gauteng Education Department.

The Haven of Hope / Havre d’Espoir is situated at the Winnie Ngwekazi Primary School which receives children between the ages of 5 and 15, some of whom are orphans while others are vulnerable to domestic or sexual abuse.

The centre is an initiative of the French Embassy and teachers at the school as well as the School Based Support Team and the Soul Buddyz Club. It will be open 5 days a week with the help of the ONG FXB and social workers.

The festivities at the opening was accompanied by a parade of giant puppets created by the group SA. G.U.R.U that went around to invite children from neighbouring schools to the occasion. 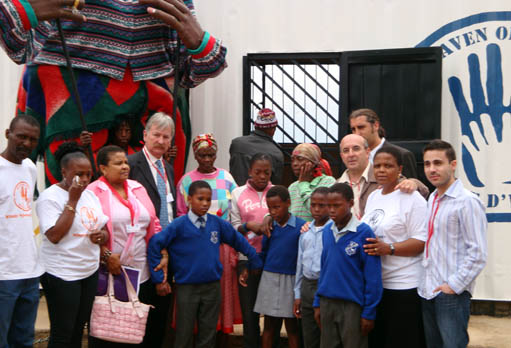 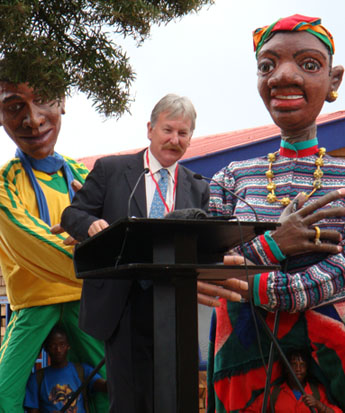