Some of the main elements of this French-South African police cooperation project are dedicated to maritime policing (sea border policing and coastal monitoring) and border control, specialized interventions, experience sharing between detective and crime intelligence services (including at regional level), and police forensic capabilities. 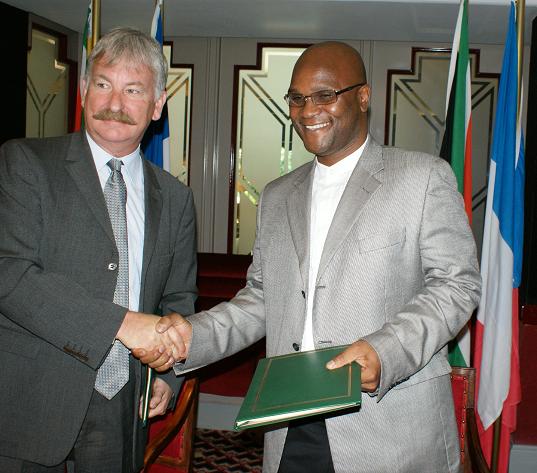 The objectives of this ambitious cooperation project, named the Enhlangano project, are:

the reinforcement of South African borders

the enhancement of specialised detective and investigative departments

the continued development of forensic sciences.

This agreement forms part of French-South African police cooperation formalised in 1998, with a view to support public safety and train South African police officers. France is honoured to share its expertise with the South African Police Service, in order to, amongst other things, support its preparation for the 2010 Fifa Soccer World Cup, and thereafter.

Read the speech delivered by the French Ambassador at the signing ceremony.