On the 5th of September l’Adroit will isit Cape Town for a 6 day port call. This new generation vessel is a leader in anti-piracy technologies and this visit is part of an important operational evaluation of the ship. 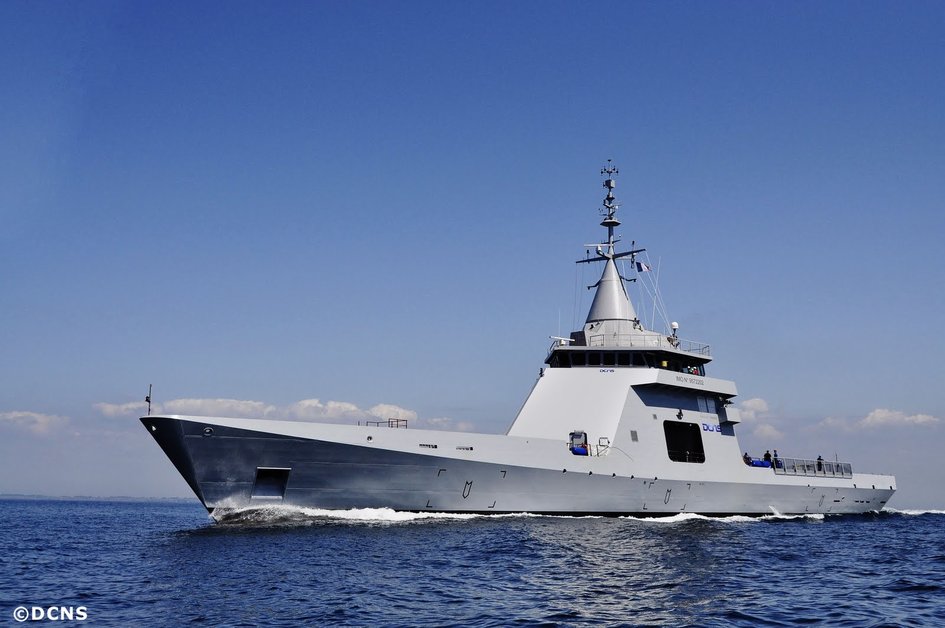 Over the last few years, risks and illegal practices at sea have represented a constantly increasing trend: terrorism, piracy, drug trafficking, illegal fishing and illegal immigration are amongst the 21st century’s threats. In the face of these challenges and without suitable ships, states too often have to resort to intervention by combat units with disproportionate assets in terms of men, systems and equipment.

OPV L’Adroit provides a series of innovative and unrivalled capabilities designed specifically for maritime security and safety missions. The Gowind design concept can obviously be tailored to suit each client navy’s specific requirements.

Thanks to exceptionnal endurance and small crews of thirty, the L’Adroit provides an economical solution for ocean surveillance and security. Moreover the OPV L’Adroit has the unrivalled advantage of being buildable in record times and is compatible with the capabilities of shipyards all over the world. Indeed, the first OPV of the Gowind range L’Adroit has been built within two years on a self-funded basis by DCNS in conjunction with equipment manufacturers.

On the 21st of October 2011 the L’Adroit, under ownership of DCNS, was officially made available to the French Navy under the command of Captain Loïc Guyot so it could evaluate the ship and its systems on operationnal mission. During the next three years, two French Navy crews will be rotating every four months to operate approximately 220 days a year at sea, the at-sea availability exceeding theoritically 300 days per year.

During this period and in order to be labeled “sea-proven”, the L’Adroit will fulfil a specific range of missions in the field of maritime surveillance.

As a response to piracy and to perform its other maritime security missions, the ship comprises a specific architecture. With an overall length of 87 meters and breadth of 13 meters, the L’Adroit offers a three weeks’ endurance, a range of 8000 nautical miles and a top speed of 21 knots. The design includes many innovations and capabilities of special interest to navies.

Operationnal expectations were fully taken into account with an integrated mast and a 140-sq.m panoramic bridge located fifteen meters above sea-level which offers a 360° view and allows the crew to control the ship and manage effective deployment of air and surface means of action. The OPV’s shape emphasizes its ability to watch and respond.

The ship’s surveillance capabilities also rely on the communication suite which includes a powerful satellite communications system, enabling the L’Adroit to interact with all types of commercial vessels and military networks.

The ship can also be equipped with powerful means of action. It includes full provision for UAVs and 5 to 10 ton helicopters. However, one of the key innovations lies in the unique system of slopping ramps which allow RIBs (rigid inflatable boats) to be launched and retrieved quickly from the L’Adroit’s quarterdeck while officers monitor operations from the panoramic bridge. Measuring up to 9,5 meters and sailing at a maximum of 40 knots, these boats could be equipped easily according to their missions and can accommodate up to 12 passengers, thus meeting commandos’ demands. 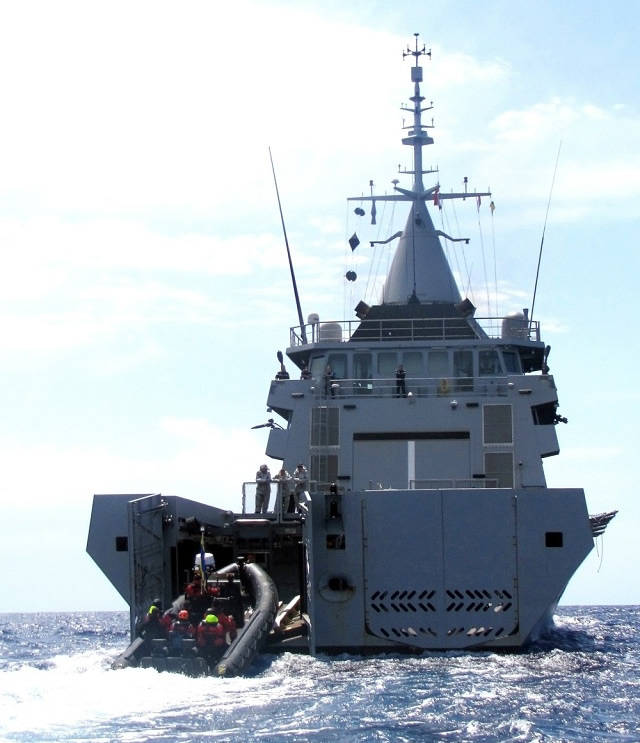 The OPV is designed to possibly receive any range of guns up to the remote controlled 76mm. According to the nature of the ship’s missions, navies are free to decide which kind of weapons would best fit. The L’Adroit can also be equipped with other lethal and non-lethal weapons, which have proven their efficiency in preventing illegal acts, as the wings on both sides of the ship host two water guns. Small caliber weapons as well as loudspeakers could also be added to these wings depending on the nature of the missions.

Last but not least, the OPV L’Adroit is also offering a high level of security and comfort to the crew thanks to its ingenious passive stability container system. Whatever the sea conditions and the vessel’s speed, the two containers onboard aim at reducing by 50% the rolling, thus making UAV or helicopter’s landing considerably eased and secured.