French navy offshore patrol vessel L’Adroit docked in Cape Town from May 11 to May 17 2015 under the command of Commander Luc Regnier.

Placed at the disposal of the French Navy by DCNS for a period of three years, L’Adroit sailed from its home base on France’s Mediterranean coast in May 2012 to conduct its first fishery policing and maritime security mission, including deployment for operation Thon Rouge, monitoring fishing vessels with red tuna quotas for 2012.

L’Adroit is a modern instrument for dealing with the constant increase in threats and illegal practices at sea. Area surveillance, the fight against piracy and terrorism, fishery policing, the fight against drug trafficking, protection of the environment, humanitarian aid, search and rescue at sea… L’Adroit is an offshore patrol vessel full of resources, capable of performing a wide spectrum of roles in coastal zones and on the high seas. 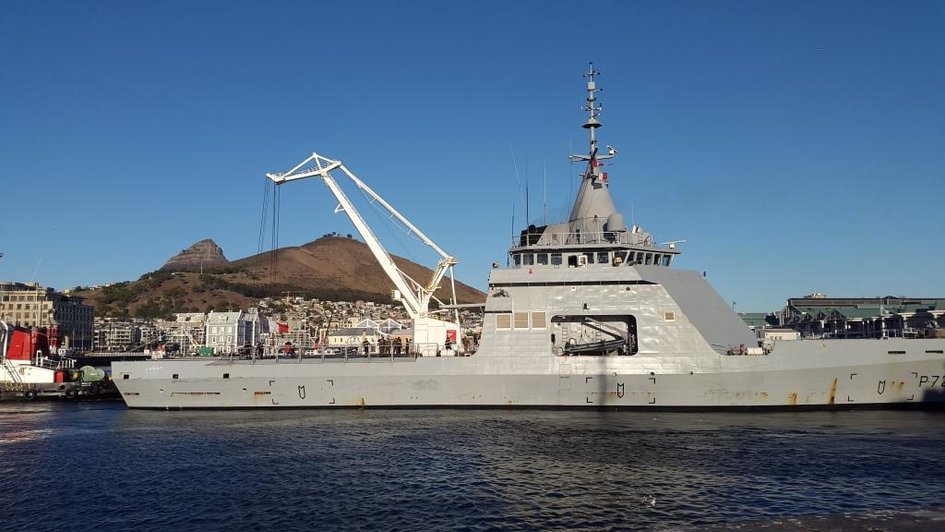