French scientists volunteering for the Association Planète Sciences presented a crash course in rocket science to the pupils of a small farm school near Grahamstown. Christophe Scicluna, Severin Lemoignan and Gonzague Bosch visited South Africa to run the micro rocket DIY workshop at the SciFest Africa festival and decided to take their rockets to the pupils of Manley Flats farm school who can’t travel to the science festival.

Pupils designed and made their own rockets under the guidance of the scientists, whereafter they were successfully launched to enthusiastic acclaim of the whole school. 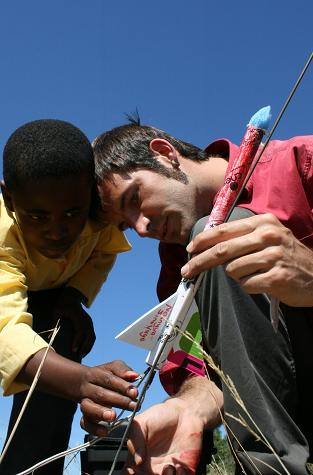