The Webb Ellis Cup, official trophy of the Rugby World Cup, was brought to South Africa in advance of the 2007 Rugby World Cup in France by the French Embassy. On 16 May the trophy was displayed at a press conference at the French Ambassador’s Residence, attended by Mike Stofile, Deputy President of the South African Rugby Union, Mpumelelo Tshume, Chairman of the Board of SARU, Koos Basson, vice-president of SARU, Zola Yeye, Springbok team manager and Mervin Green, manager of youth rugby at SARU. Members of the national team that won the 1995 World Cup also attended the function.

The arrival of the Webb Ellis Cup is the result of efforts by Jeune Planète Rugby, an international youth rugby development organisation, that has chosen two boys from South Africa - Lee Wright Mwenda from Soweto and Shane Gilbert from Johannesburg - to go to France during the World Cup. This exchange forms part of ‘Rendez-vous 2007’ (‘Meeting 2007’) to enable young rugby players from across the world to meet. In France they will form a world team that will play against French school teams and attend World Cup matches.

On Thursday 17 May the trophy went to the Lycée Jules Verne, the French school in Johannesburg, where rugby teams from other schools in Johannesburg came to have a look at the prestigious trophy. 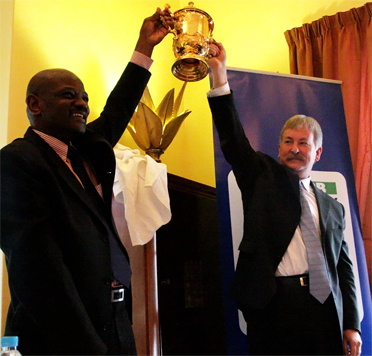 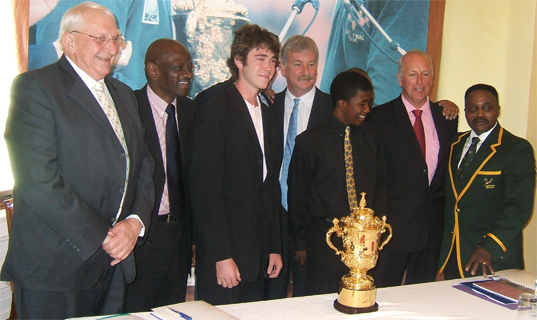 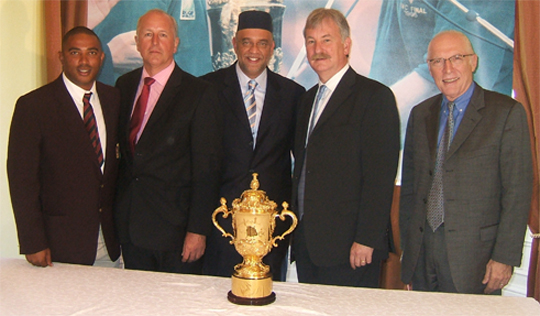 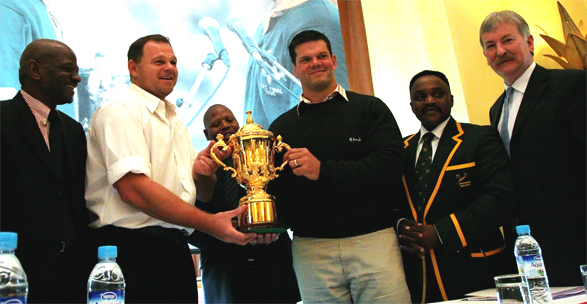 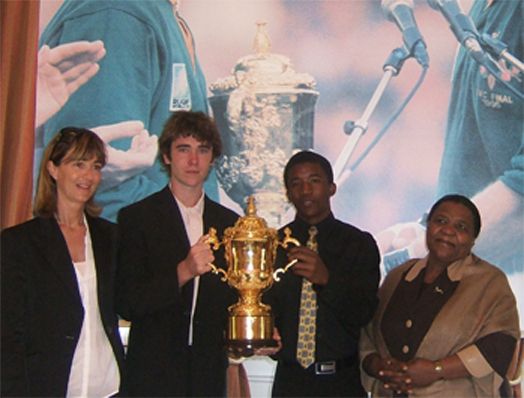 The website of the 2007 Rugby World Cup in France: http://www.rugbyworldcup.com/

The website of the French school in Johannesburg, Lycée Jules Verne (in French): http://www.lyceefrancais.co.za/