On Wednesday, 26 August 2020, the National Department of Health in South Africa received a Covid-19 donation of medical material and personal protection equipment from the French government.

The reanimation pumps, material for intensive care units and medical isolation gowns, worth a total of R 1, 8 million, will be distributed to district hospitals in the Northern Cape, North West, Limpopo and Mpumalanga. 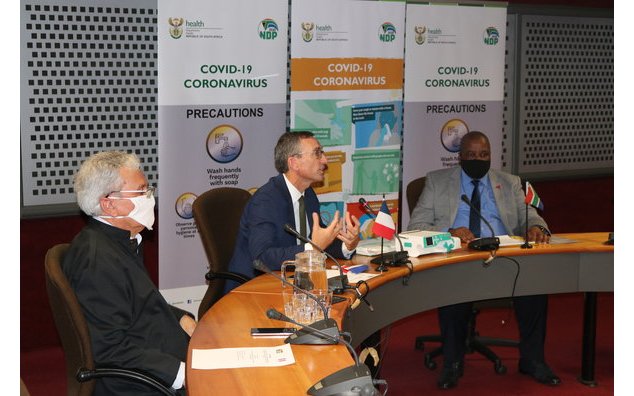 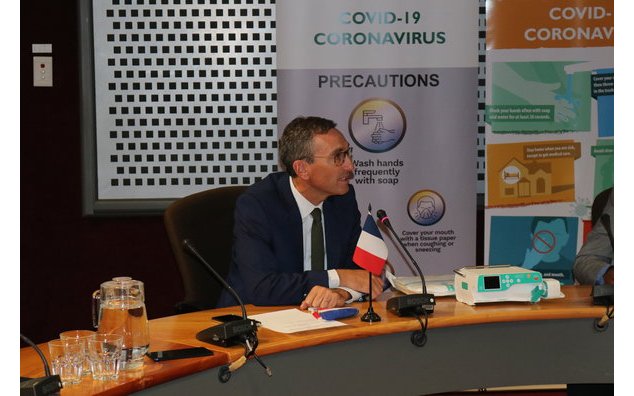 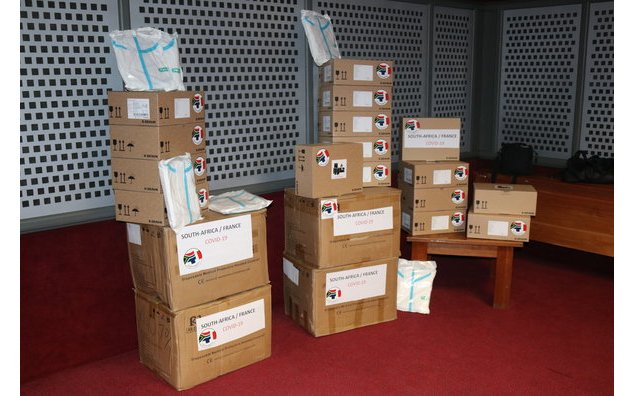 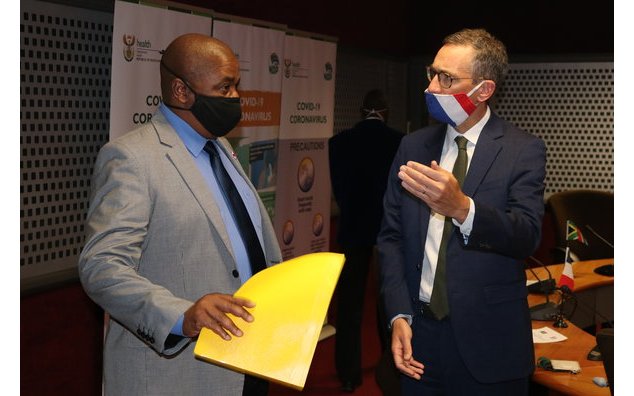 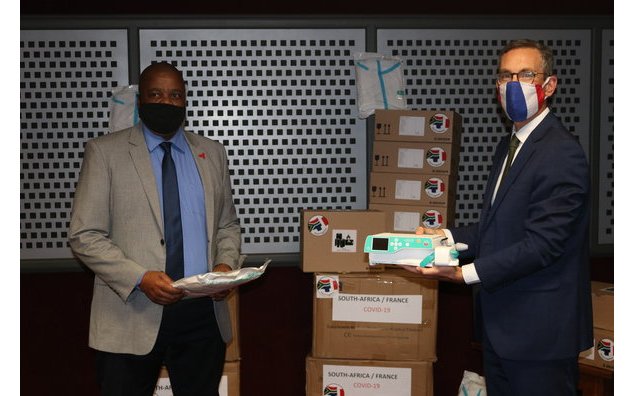 On the request of South Africa, this donation from the French Government will help the South African authorities and health workers to continue saving lives in these challenging times.

“The fight is not over. We might be seeing encouraging signs in South Africa, France and across the world, but we have to remain committed. We need to continue our joint efforts against the virus and its social and economic impacts. We need to continue to support the medical facilities and all those fighting on the frontlines,” said Ambassador of France to South Africa, Mr. Aurélien Lechevallier.

Director General of Health, Dr Sandile Buthelezi received the donation on behalf of the Department and thanked the people of France. “When this crisis is history, I do believe we will be remembered as a humanity that chose cooperation over conflict, compassion over prejudice and solidarity over division,” said Dr Buthelezi. “We are very grateful and we will ensure that it gets to the right places and protects our people, especially healthcare workers and those in rural areas, so that they have the same level of care as those in the metropolitan districts,” he added.

France is proud to support South Africa in its fight against this pandemic. This forms part of a coordinated #TeamEurope response by European Union countries to provide comprehensive support to South Africa in this crisis. The donation also arrived in South Africa thanks to the ongoing cooperation with Air France-KLM.

“Air France KLM South Africa has worked hard to keep the link between France and South Africa alive, repatriating the ones in need and bringing much needed goods from the world to South Africa. We are very proud and honoured that we could play a role in the transport of this generous gift by the French government to the South African people,” said Wouter Vermeulen, General Manager Air France-KLM South Africa.