On 28 February President Sarkozy addressed the South African Parliament. In his speech he expanded on the reforms of France’s Africa policy that he envisages. He unveiled a French investment plan of more than R100 billion in sub-Saharan Africa over the next five years, to help Africa in the attainment of the Millenium Development Goals.

Bilateral agreements on transport, tourism, defence and scientific co-operation were signed between the French and South African governments. Read the joint declaration issued by Pres Sarkozy and Pres Mbeki following their bilateral discussions as well as the joint declaration between the Republic of France and the Republic of South Africa on future co-operation regarding climate change. The text of the joint press conference conducted by Pres Sarkozy and Pres Mbeki can be read here.

President Sarkozy was accompanied by a high-level business delegation. He opened the French-South African Business Forum in Cape Town on 29 February where a R13 billion contract between Alstom and Eskom to provide steam turbines for new coal power stations in South Africa, was signed.

The French Development Agency signed an agreement for a R1,14 billion loan to Eskom for a 100MW wind farm to be built on the West Coast. 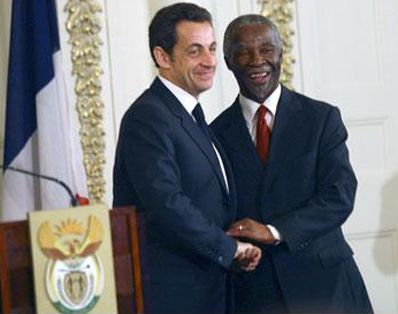 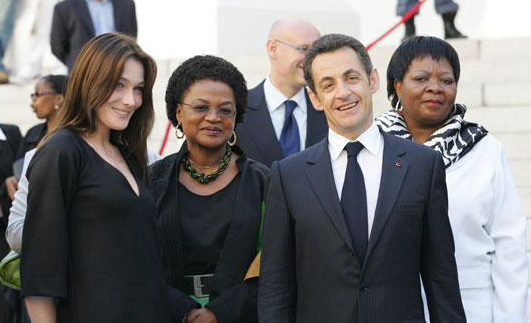 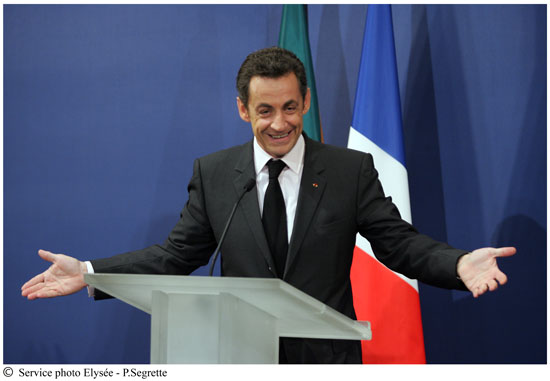 Pres Sarkozy at the closing ceremony of the French-South African Business Forum in Cape Town, 29 February 2008