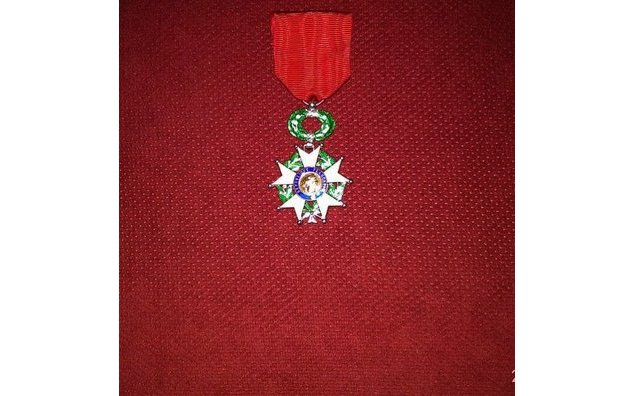 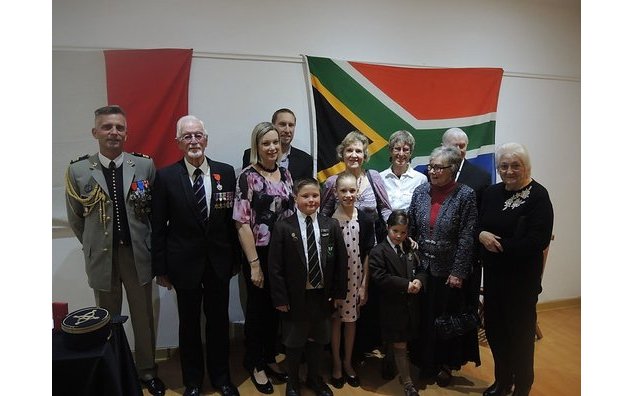 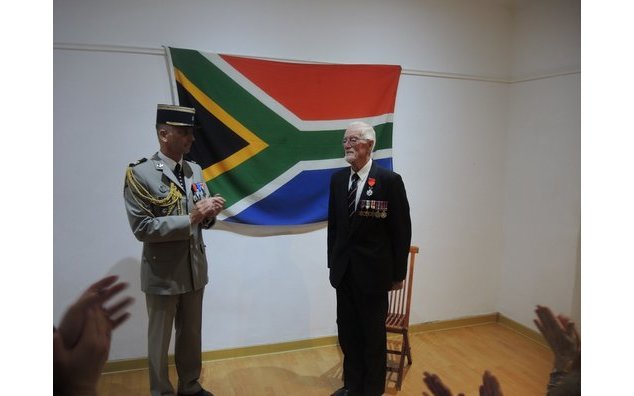 A British national living in South Africa, Mr. Fisher was awarded for his participation in the Liberation of France during the Second World War. Born on 19 May 1925 in London, Mr. Fisher joined the Royal Navy in 1942 at the age of 17 and trained as a Seaman Gunner 2nd Class at Portsmouth. He served on the LCF36 ship on the North Atlantic Sea on convoy duties escorting ships from America laden with war materials. On D-Day, James’ task was prior to the actual landings, to bombard targets on the Gold, Juno and Sword beaches, with the Cruiser HMS Frobisher, firing shells overhead to inland targets. Mr. Fisher was then ordered to proceed to the US beach Omaha to assist in towing a Landing Craft Infantry which had hit a sandbar and lying broadside to the beach, back into deeper waters. He also took part of a small invasion force of US and Royal Marine Commandos in Holland, to prevent the enemy forces destroying the inland canals and waterways.

The national order of the Legion of Honour was established by Napoleon Bonaparte in 1802 and celebrates the accomplishments of distinguished individuals.