Rama Yade, Minister of State responsible for Foreign Affairs and Human Rights, paid a visit to South Africa on 8 and 9 July 2008.

Min Yade visited the Gauteng regional office of the South African Red Cross to hand over a cheque of 30 000 euros (about R400 000) in support of their work with people displaced by the recent violence in South Africa. She also re-opened the Soweto branch of the Alliance française on 8 July.

On Wednesday 9 July Min Yade conveyed President Sarkozy’s birthday wishes to former president Nelson Mandela at his 90th birthday party celebrated at the French school in Johannesburg, the lycée Jules Verne. The French government has given the Nelson Mandela Children’s Fund an amount of 200 000 euros (about R2,5 million) for the construction of a children’s hospital, the second in the country, in Johannesburg.

During her visit Min Rama Yade also met with Thokozile Khupe, vice-president of the Movement for Democratic Change, and Roy Bennett to discuss the political situation in Zimbabwe. 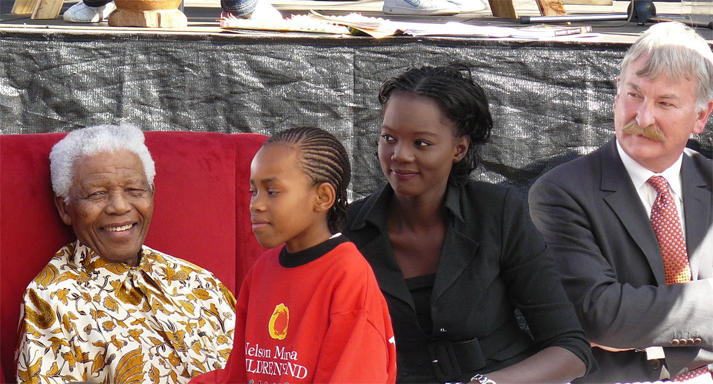