Home > Visit of Mr Jean Marie Bockel, Secretary of State for Cooperation and (...)

Visit of Mr Jean-Marie Bockel, Secretary of State for Cooperation and Francophone Affairs

During his visit to South Africa on 10 and 11 September 2007, Jean-Marie Bockel met Aziz Pahad, Deputy Minister of Foreign Affairs to discuss international questions on which France and South Africa are cooperating, notably conflict resolution in Africa.

The Secretary of State presided over the signature of a funding agreement between the French Development Agency (AFD) and ABSA to facilitate wider access to affordable housing. Mr Bockel visited one of the projects receiving funding in Soweto, benefiting people from informal settlements. He also inspected other AFD projects to promote professional training and to support Black Economic Empowerment in small and medium enterprises.

Mr Bockel met some of the artists currently exhibiting at the Africa Remix exhibition at the Johannesburg Art Gallery. He also visited the Sci Bono Discovery Centre in Newtown.

Mr Bockel then left for Lesotho where he presented the authorities with a food aid donation of more than US$ 500 000. 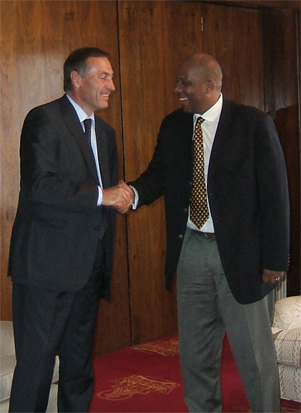 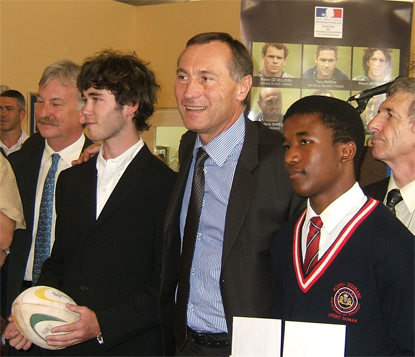 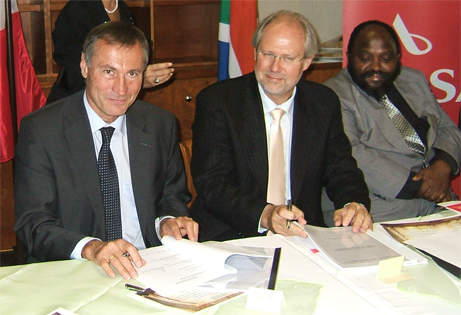 Transcript of a news report by CNBC Africa on the affordable housing agreement signed between the French Development Agency and ABSA (11 September 2007).