Why Invest in France?

The open nature of the French economy.

The French economy is open to foreign enterprise. 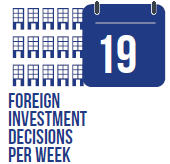 More than 30,000 French companies have operations abroad, while more than 20,000 foreign companies have invested in France in job-creating activities.

In 2015, France was Europe’s third leading recipient of jobcreating foreign investment, and the leading destination by project numbers of job-creating investment in industry (EY, 2016).

France is the seventh largest recipient in the world of FDI stocks after the United States, China, the United Kingdom, Germany, Singapore and Switzerland (UNCTAD, 2016).

The French economy is open to foreign talents

France is home to more than 280,000 foreign students, making it the third leading destination in the world (Campus France).

No distinction is made between foreign students and French students: admission criteria, diplomas awarded and affordable registration fees are identical. 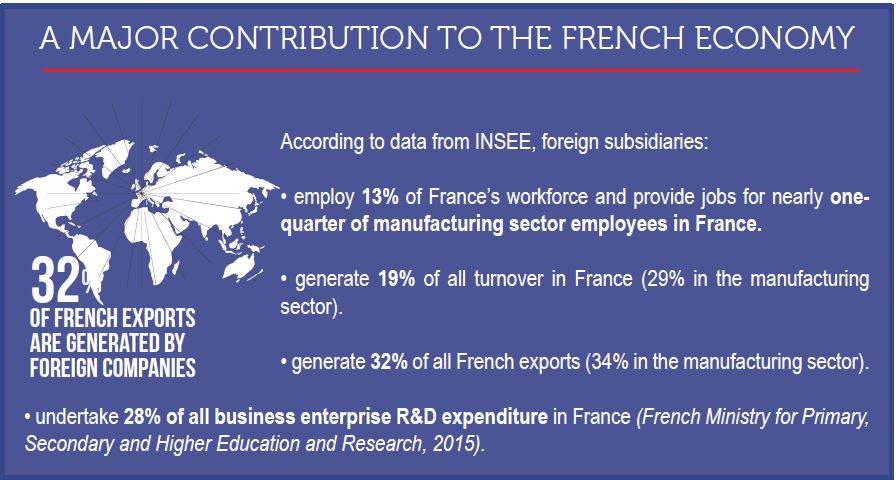 The attractiveness of the French ecnonomy

With a GDP of US$2,422 billion at current prices, France is the world’s sixth largest economy in 2015 after the United States, China, Japan, Germany and the United Kingdom (IMF, 2016). The first leading fertility rate in Europe (Eurostat 2016).

France, a land of enterprise

The French capital has fostered the emergence of a number ofunicorns, such as Criteo, which completed an IPO in 2013, and BlaBlaCar, which completed France’s biggest fundraising round of 2015, totaling €177 million. The “French Tech Ticket”, a “welcome pack” for foreign entrepreneurs founding their start-up in France. 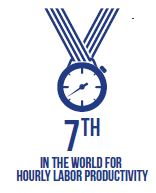 24 French establishments in the global rankings of the 90 best Management Master’s degree programs, including three of the top 5: HEC (2nd), ESSEC and ESCP.

A land of innovation

Business France is the national agency supporting the international development of the French economy, responsible for fostering export growth by French businesses, as well as promoting and facilitating international investment in France. It promotes France’s companies, business image and nationwide attractiveness as an investment location, and also runs the VIE international internship program.

Founded on January 1, 2015 through a merger between UBIFRANCE and the Invest in France Agency, Business France has 1,500 personnel, both in France and in 70 countries throughout the world, who work with a network of public- and private-sector partners.

To learn more, watch the video!