On Thursday 28 March 2018, the Ambassador of France to South Africa, H.E. Christophe Farnaud hosted a reception in honour of renowned South African theatre director, Sylvaine Strike, who received the insignia of Chevalier des Arts et des Lettres (Knight in the Order of Arts and Letters). 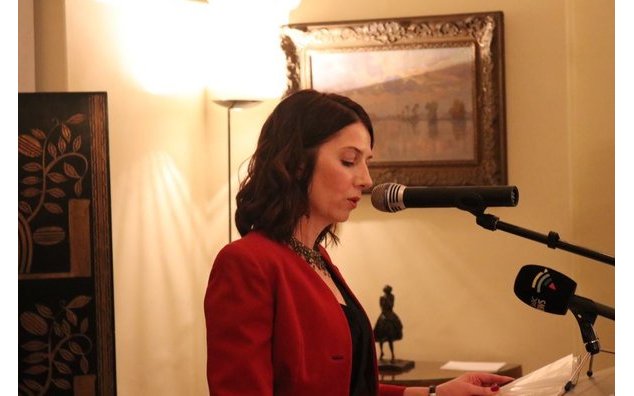 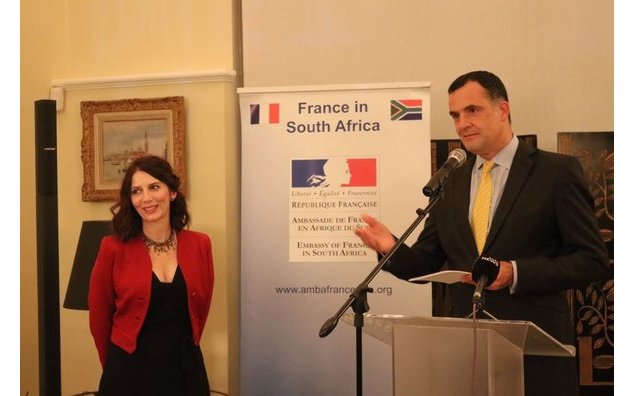 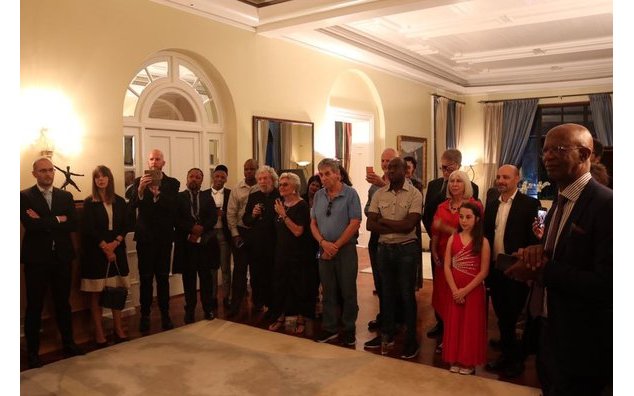 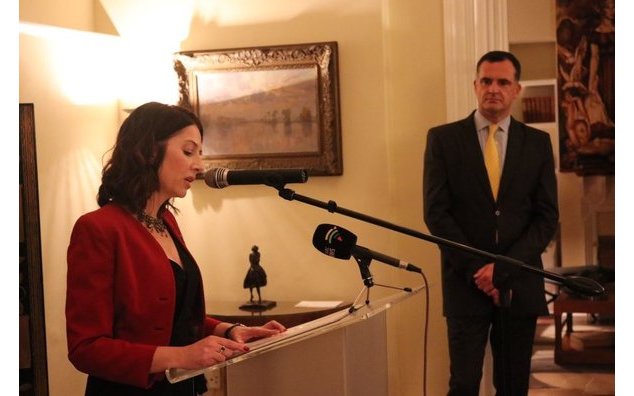 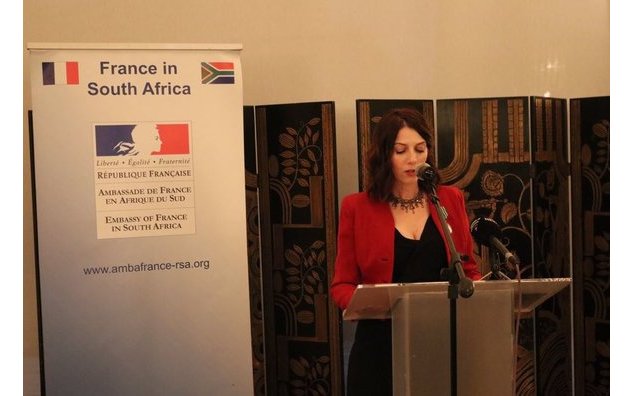 Sylvaine was born in South Africa to a South African father and French mother. Her career as a theatre maker and director began on her return from completing a two-year diploma at the Jacques Lecoq International School of Mime and Movement in Paris. This specialisation was made possible through a bursary obtained via the French Institute of South Africa (IFAS) in Johannesburg.

Since 2002, her list of award winning productions includes: Black and Blue; The Travellers; Coupé; The Butcher Brothers; The Table; The Miser; Tobacco; CARGO: Precious; Agreed; Miss Dietrich Regrets; Travels Around My Room and Dop. She collaborated with IFAS in 2016, who commissioned Sylvaine to create a piece commemorating the centenary of WW1 entitled Devil’s Wood which was staged at the Johannesburg, Durban and Cape Town Holocaust centres.

Her next project with IFAS and the Alliance Française network in South Africa was Tartuffe by Molière. One of the “French Shakespeare’s” most famous works, the production toured nationally to massive critical acclaim, and playing in five major cities in South Africa, premiering at the magnificent Soweto Theatre and completing its tour at the Grahamstown National Arts Festival. Educational workshops accompanied the production on its travels creating an awareness of the relevance and importance of Molière’s work still today.

The Order of Arts and Letters is a French order established in 1957 and awarded by the French ministry of Culture in recognition of significant contributions to the enrichment of the arts and literature in France and abroad. There are three degrees: knight, officer and commander.